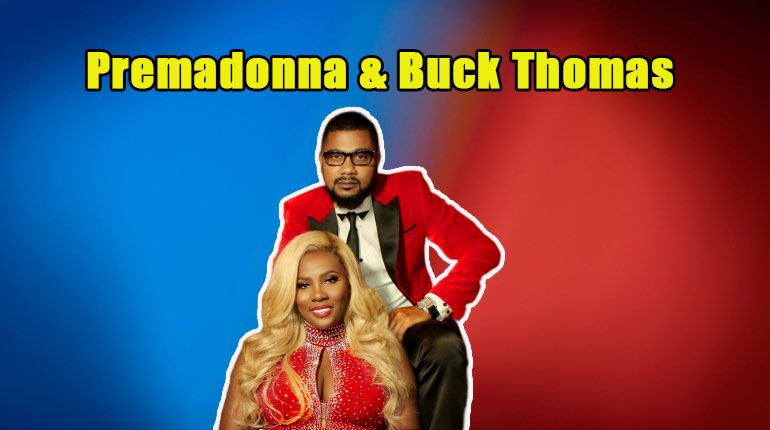 In Love and Hip Hop: Miami, relationships are more radically changing than your clothes. In such dynamics, still, some LHHM stars can find stable and long-lasting relationships like Premadonna.

Since she is still pretty much in cloud nine from her pregnancy, which led to the birth of her young daughter, learn everything about Premadonna.

We will explain her married life to her husband and baby daddy Buck Thomas but what her net worth is. A complete article on her career, net worth, married life, and bio, so make sure you give it a thorough read.

We have very little information when it comes to Premadonna’s bio, but we will try our best to explain what we do have. Premadonna was born on April 10 of 1987, in Miami, Florida, as Nakeitha Chemera Felder, which is her real name. We do not have much data about her parents or family.

Her father recently turned 67 years old, and to celebrate; they went out to have some father-daughter bonding according to her Instagram post from January 22, 2020.

The 32-year-old had the opportunity to pursue her passion for music in her education. It was after she got a scholarship from the South Miami Magnet School of Arts.

Her younger years were full of her trouble with the law. She was arrested on two different occasions when she was 19 and 20 years, respectively, on the counts of strong-arm robbery, petty theft, battery, and probation violations.

It was lucky she was able to turn her life around when she did. Even before her TV fame, she found a good start as the founder of Waist Gang society, a company producing fashionable shapewear and waist trainers for women. Kim Kardashian and Black Chyna were the reality goddesses who sported, Felder’s products and brought a great deal of popularity to the products.

Premadonna, like co-stars Trina or Shay Johnson, first appeared in ‘Love & Hip Hop: Atlanta’ in season 4 back in 2016. It was just as a supporting character as a friend of Dawn, Jessica Dime, as well as her current nemesis Joseline Hernandez. Her appearances would only be limited to 2 episodes and no more.

Caption: Joseline and Premadonna still in a feud

Still, fans would miss out on a lot of already-shot scenes of Premadonna’s relationship with her manager, Trick Daddy, and her entire wedding and married life chronicles.

How much is Premadonna’s Net Worth?

Women like Premadonna have an excellent sense of both business and fame. While in the one hand, she collects the salary as the founder of her successful brand, Waist Gang Society; on the other hand, she has the wage as a hit singer/song-writer. Then there is the undisclosed amount of salary she gets as a leading cast member of LHHM. The sources of her revenue inevitably result in quite a significant net worth.

Indeed it does, as her net worth is approximately $200,000, maybe even more in 2020. We cannot forget her advertisement value from TV or her social media like Instagram, where she has over 821k followers. Her net worth could have hit a decline in 2016 when a $5 million lawsuit was filed against Waist Gang Society for misleading advertisements that the product burned fat when it did not.

Love & Hip Hop is a show where we have to use baby daddy more than husband or boyfriend due to apparent scenarios. However, Premadonna is pretty lucky to have a chance to get married to her baby daddy, who is Tavares Thomas or “Buck” Thomas. So, legally, Premadonna’s name now is Nakeitha Felder Thomas.

She already has two children from her past relationships whose baby daddy, we have no idea about. However, with Buck Thomas, she recently had a baby daughter on April 14, 2019. She was named Tavarea, similar to her father’s name.

So, despite all the drama that happens in reality TV, Premadonna is living a pretty picturesque family life. We still cannot get over her pregnancy pics where Premadonna’s in swimwear. She seems to be following a popular trend today of making pregnancy sexy.