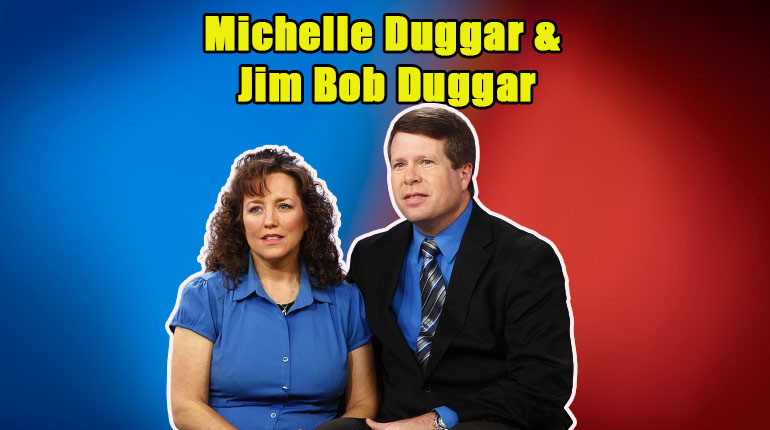 Raising children is not an easy task. In fact, it is one of the most challenging jobs that we ever had in the world. The exciting thing some people love to have dozens of children while someone has one or two. In the case of Michelle Duggar, it’s just the opposite.

As a mom, Michelle Duggar seems to be well organized and keeps all things on top. Michelle and Jim are famous for their appearance on the TLC reality show 19 Kids and Counting. The couple isn’t just done having children just yet.

Michelle Ruark has been married to Jim Bob Duggar for more than three decades, and still, the couple is living a blissful marriage with their Family. The two tied the knot on July 21, 1984. At the time, Michelle was only 17 years old.

The couple celebrated the 36th anniversary on July 21, 2020, with their Family. Her husband shared a throwback picture from their wedding album on Instagram. In the caption, he wrote,

“36 years ago today, at 10 am, I married Michelle Ruark, my best friend! I am so thankful for Michelle. She is such an incredibly loving wife, mother, and a virtuous woman who has a ministry mindset and a gracious spirit! She is beautiful inside and out! Her life has impacted the world. I love you always, Michelle!” accompanied by a red heart emoji.

The couple’s children also wished them a happy anniversary through social media.

Michelle and her husband, Jim are the parents of 19 kids. After their marriage, the pair wasn’t ready to expand their Family. So, Michelle and Jim decided to use the birth control pill. The two agreed to the extent their Family when they’re ready.

Four years later, Michelle and her husband decided to have their first baby. She conceived but had a miscarriage. The duo found guilt for their actions, which had taken the life of their child. So, Mr. and Mrs. Duggar prayed and asked God to forgive them and teach them to love children.

After that, Michelle got pregnant with twins. Michelle and Jim Bob have ten boys and nine girls. The Duggar family’s social account is full of birthday wishes for all the children.

Here are the names of Michelle and Jim Bob’s children and their birth date and age.

Now, Michelle and Jim Bo are currently the grandparents 17. Once, there was a rumor that patriarch Jim Bob Duggar said that he wanted to have more than 100 grandchildren.

Additionally, Jill and Derrick Dillard have two boys. However, Jill and Derrick are no longer part of Counting On, but fans still follow their Family on social media. Jill has two boys named Israel and Samuel.

Another daughter Jinger Duggar is married to husband Jeremy Vuolo in the court. The couple has a daughter, Felicity, born in 2018. Jinger and Jeremy were expecting a baby girl in November 2020 after a miscarriage in November 2019.

Joy-Anna Duggar and Austin Forsyth have a son named Gideon. Now, they are expecting a baby girl in August 2020, and they called Annabell.

Josiah and Lauren Duggar welcomed a baby girl, Bella, in November 2019. John-David and Abbie Duggar are new parents. The pair blessed with a daughter named Grace B in January 2020.

Michelle and Jim Bob Duggar have Over 40 Family Members

The couple has 19 kids and 17 grandchildren, which adds up to a total of over 41 members. The Duggar family got on the television because of their vast Family. Michelle and Jim Bob Duggar are seemed to enjoy spending time with their sons, daughters, and grandchildren.

In addition, the duo who already have children decide to have a few more. The Duggar family rose to stardom after they appeared on TLC’s reality show, 19 Kids and Counting. The show follows the life of the Duggar family, who are devout Baptists. The Duggars Family avoided birth control and decided to allow God to determine the number of children they have.

Watch the below video.

What Does Michelle Duggar Do For a Living?

The couple earns thousands of dollars just a few days of work, and particularity reach a height of popularity. Also, the Family made their appearance on spin-off Counting On, from which they earn a decent amount of money.

However, Michelle’s actual net worth and salary are still under review. On the other hand, Michelle and Jim Bob have a combined net worth of $3.5 million.