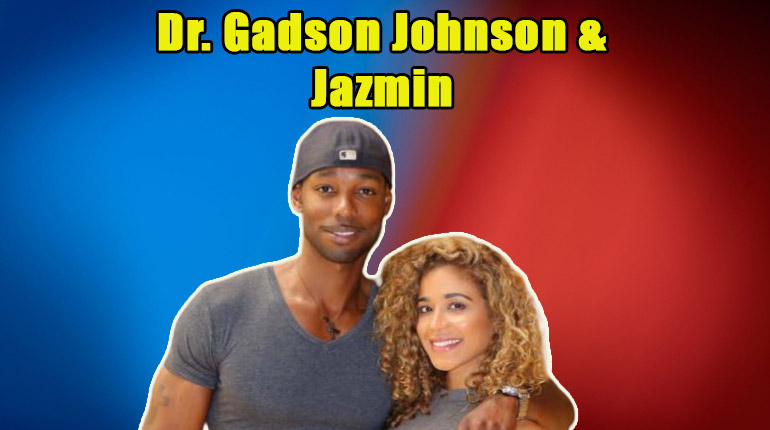 When one has an equally thriving professional and personal life at the same time, there is no greater enjoyment than to bask in all the success with your significant others. Almost the entire cast of ‘Married to Medicine: Los Angeles‘ certainly does this, all except Jazmin Johnson. Fans are beginning to ask why her husband, Dr. Gadson Johnson, barely makes an appearance in the show.

Solve the mystery of why Jazmin’s husband is not making an appearance in the show, trouble in their marriage, or some other reason? Also, check out Dr. Gadson Johnson’s complete biography from his net worth to career below.

You ever feel like a crazy person for wondering this mystery of Dr. Gadson Johnson. Well, the good news is that you are not crazy. It is not just the fans bu the fellow cast members of Married to Medicine: LA who are noticing how Dr. Gadson Johnson is just not around a lot. Despite the show being about the posh lifestyle of the wives of LA’s finest doctors, their husbands are also equally the center of curiosity.

It is the reason why almost every cast members’ husband does have specific screen time but not Jazmin’s. The whole mystery was up for discussion on the July 12 episode. Jazmin threw a big Holiday party, and in the middle of the extravaganza, Dr. Britten Cole asks if Gadson Johnson is here to which Lia Dias responds that he isn’t.

Furthermore, Dr. Imami Walker, in an earlier July 5 episode, expressed her frustrations on the matter of his absence throughout the entire series, which is currently in its 2nd season. She even goes as far as to say that Jazmin lives in an almost empty house of both people and furniture, which is nothing short of a drug dealer’s house.

Dr. Gadson Johnson’s Career and Family is The Reason

We don’t know if we would go that far, but clearly, even her co-stars are concerned about Jazmin’s husband. Jazmin did try to explain her husband’s situation. He is mostly on a tight schedule with his job, and when he does manage to get some time off, he likes to spend it with just his family and not meeting new people.

Caption: Married to Medicine cast confronts Jazmin about her husband

It does bug Jazmin a lot, too, especially when their hubbies often accompany her friends and co-stars. She eventually does stand her ground at times, but mostly she allows her husband his freedom.

It is not just real life that Dr. Gadson Johnson acts as a ghost; he also has a similar reputation in social media. He does have an Instagram account ‘@sirg12‘ with over 250 followers, but guess what? – he has 0 posts there. On the other hand, Gadson Johnson’s wife, Jazmin, is pretty thrifty in social media, particularly Instagram. With over 370 posts and 171k followers, she is nothing short of an Instagram model.

After all, she does post mainly hot and sexy photos of herself as if she were a beauty and fitness influencer. One thing she does not display a lot about is her husband. Yes, hundreds of posts and not even one photo of her husband until recently on Father’s Day, where she finally kept a photo of her husband as well as their son.

Jazmin’s expression clearly states that she was not ready for this picture, but despite her tendency to post only gorgeous images of herself, she chose to make one exception for a family photo. So, while it may seem like they are distant, the picture proves that they are still very much in love and a close-knit family with their son, Gadson Johnson II, born on October 4, 2017.

Jazmin would never have landed ‘Married to Medicine: Los Angeles‘ if her husband was not one of the top doctors in the country. He is a psychiatrist with over 15 years of experience in the field. His knowledge and expertise with Psychotic Disorders, Addiction, and General Mental Health are notably higher than a lot of other specialists in the area.

He runs his Psychiatry practice out of Santa Monica, California. Similarly, he has associations with extensive medical facilities like East Los Angeles Doctors Hospital and Anaheim Global Medical Center. He holds an MD and is a UCLA, School of Medicine graduate in 2005. He certainly rakes up quite a bit of net worth judging from his education and career.

Unfortunately, Dr. Gadson Johnson’s net worth is still under review. One thing is for sure, though; his net worth has to be in millions to be able to afford his current home. He lives in a luxurious 6-bedroom villa, and unlike Dr. Imami Walker’s comment above, we feel the house has beautiful furniture and proper decorations.

His wife, also on top of being a high-earning reality star, has multiple ventures which further boost his net worth. She has her social media activities as well as her blog, which provides a variety of fitness and motivation guidance, targeting particularly moms like herself who want to have successful professional lives as well.

Dr. Gadson Johnson was born in LA, California, on October 14, 1977. He is currently 42 years old and will be turning 43 years of age in 2020. His father is Gadson J Johnson, and his mother’s identity is unavailable at the moment. He has two sibling sisters, Ashanti Johnson and Karla Johnson. He attendant UCLA’s David Geffen School of Medicine.