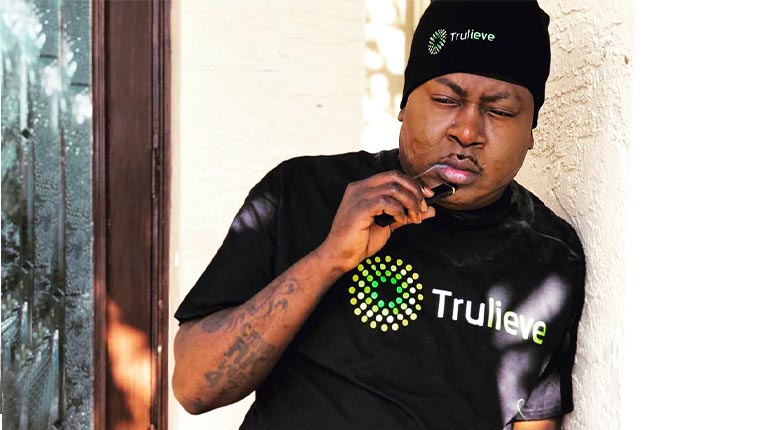 Trick Daddy was arrested recently, but somehow his arrest became less of the news than his face. While some are genuinely questioning it, others have been trolling Trick Daddy for his Face? Find out what the entire drama is along with what problems he has with his face.

Also, who is his wife? Does he have any children? We have Trick Daddy’s entire bio here, along with his net worth and other facts.

New Year does not start out well for all of us, especially if you love to party. How many of you must have woke up hungover, exhausted, and with a chronic head after partying too hard? Trick Daddy may have let all the partying get a little out of hand on January 11, 2020.

Trick was arrested for Driving under the Influence as well as possession of cocaine. Police enforcers were answering a complaint of a driver in a range rover who was running red lights and hitting stop signs. The police were able to track down the vehicle to find Trick Daddy behind the wheel who was apparently sleeping.

After being woken up, Tricky Daddy only said that he had about five drinks, hours earlier in the Miami Gardens club. According to him, he was dropping someone off and was on his way back home. However, his slurry speech and bloodshot-teary eyes told a different story. The officers said that Trick did not agree to a breathalyzer test, but the officers did conduct a sobriety test, which he did not pass.

So, the 45-year-old rapper was taken to the local police station, where they found cocaine inside a dollar bill while he was emptying his belongings. The LHHM star had to pay a release bond of $5,000 for possession and $1,000 for the DUI.

Celebrity Mugshot somehow has a completely different feel to them than that of normal people. You may remember Justin Beiber and Bruno Mars’s mugshots of them smiling, which became pretty viral. Even Beyonce got in on the fun by using Justin’s photos on one of her concerts.

Let’s not forget when beyonce showed justin’s mugshot during her tour and said “even the greatest can fall”. We love legend supporting another legend.#JustinBieber #TheSocialCelebrity #PCAs @justinbieber pic.twitter.com/OQ300XUM4b

Well, Trick Daddy’s mugshot also became a subject of humor. Many people did not hold back to joke about or point out how ugly Trick Daddy was looking in the photo. Some were in good humor like this post, where the user is comparing her similar-looking hairline to that of Trick Daddy.

Others were downright savage like this user who said it looked like a Tootsie in a pocket that survived the Washing Machine.

However, People may have taken it a little too far with so many jokes after jokes and insults after insults. What we took for a few minutes of humor has actually been a painful disease of Lupus for Trick Daddy. The ‘Love and Hip Hop: Miami’ star responded to all the trolls saying,

Trick Daddy calls out people for making fun of his mugshot:

Yes, that is right, Trick Daddy has Lupus which is a condition where the immune system becomes hyperactive and starts to attack healthy cells and tissues of the body. It is common for victims of this disease to have dry-patch skin with tons of skin problems. Lupus also affects hair by causing hair fall, which can be clearly seen in Trick Daddy’s photo.

This is not the first time; the LHHM star has even been arrested as he follows a dark past of landing on the wrong side of the law. Born on September 27, 1974, he grew up with ten sibling brothers and sisters. His father was Charles Young, a local pimp who would raise him and his brother in their teenage years.

It was only a matter of time before the rapper and his brother, Derek “Hollywood” Harris would also get involved in the crime life. They began to deal crack cocaine, and at 15-years-old, he would be arrested for drugs and firearm possession. He got out of jail only to be arrested the same day for the attempted murder of a man in a street fight.

At just 20 years old, the ‘Based on a True Story’ singer was sentenced to prison, and shortly that year, his brother was shot dead. Since then, Trick Daddy, aka, Maurice Samuel Young, thought it was finally time to let go of the crime life and focus on a rap career.

Caption: Trick Daddy shares a picture of his young brother who passed away

Even after being a successful rapper, he has been arrested, convicted, and released multiple times. In April 2014, it was for the possession of around a gram of cocaine and possession of a 9mm gun while being a convicted felon. In 1991 too, he was arrested for similar charges of possession, concealed firearm possession, and probation violation.

We really sympathize with Young here, but he really needs to get his act together here. He is an important figure in Hip Hop history. His breakthrough album, ‘Based on a True Story,’ was followed by more significant albums like ‘www.thug.com‘ and ‘Book of Thugs.’ Trick Daddy’s net worth is $100,000 to $200,000, but he has many important riches in his life; his family.

He may no longer be married to his wife, Joy Young, but they still went their separate ways on a good note. Despite Jay Young longing for a divorce for years, they have had a good relationship. We did find out through his Instagram, a Jay Young who he calls his son just as Jay calls Trick, his dad.

However, Jay Young’s Instagram also says that Jackie Wade is his mother, and we were not able to find out anything about Jackie Wade’s relationship with Trick Daddy. Trick Daddy does not have any other children that we know of, but he has many godchildren. He often posts pictures with his goddaughters for one, from a young woman who was graduating to a one who is still in elementary school.