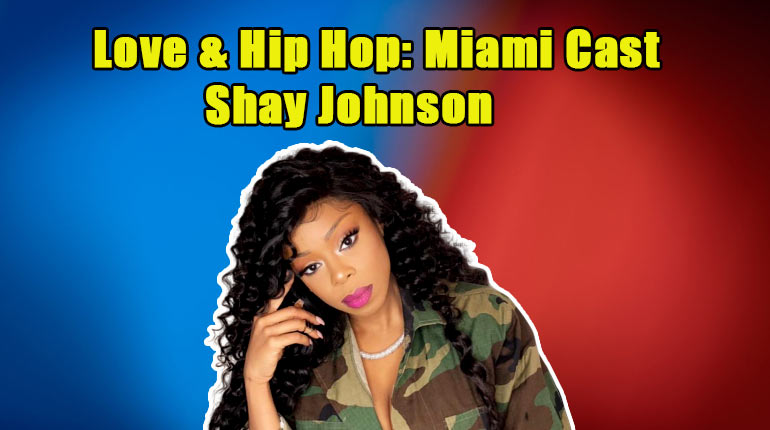 Pain and struggle in your life either break you or makes you stronger. A living example is Shay Johnson from ‘Love & Hip Hop: Miami.’ From surviving fatal accidents to complex medical problems, we don’t know how Shay does it all.

But, perhaps what makes her a Boss of a woman is how she has dealt with heartbreaking relationships and partners in her life.

In this article, we will explore her shaky dating life and how she came out winning out of a heartbreaking relationship. Was Shay Johnson in an accident? Why was she in the hospital? All your questions answered along with Shay Johnson’s net worth and wiki facts.

Was Shay Johnson in an Accident?

In the video, Shay seems understandably shaken as she reports that she is unable to move her right arm. She also shows us the deflated side airbags, which must be how she damaged her arm. The video cuts to Johnson being loaded on to a stretcher and taken to the hospital. Shay wrote in the post that only she was serious enough to be admitted to the hospital. It is good in the sense that the accident could have been a lot worse.

She also listed her injuries saying that she had a concussion, cuts, bruises and that she had sprung her arm, but luckily nothing was broken.

“Tomorrow is not promised peeps so stay prayed up and DRIVE SAFE,” she wrote for warning everybody how easily one can die in a vehicular accident. “Hopefully this post helps someone to NEVER take life for granted “It Could Be Worst,”” were her end words.

She thanked her brother Emjay Johnson as well as his girlfriend and Shay’s LHHM co-star Amara La Negara whom she addressed as “sister” for being there for her in such hard times.

Shay Johnson’s accident could not have come at a worse time. The 36-year-old was only beginning to get the upper hand against a life-threatening medical condition. It was in the 2019 season; she made the reveal to a good friend and co-star Michelle Pooch that she was suffering from Fibroids.

Fibroids are abnormal growths in the uterus, which may cause menstrual problems in a woman. Fibroids mass has an exponential risk of being potentially benign tumors, which could lead to cancer.

Caption: Find more about Fibroids in this educational video by ‘Osmosis.’

Shay spoke in good detail to Michelle about her Fibroids, informing her that there were two Fibroids detected in her body; the larger one was as big as a grapefruit. The more immediate cause of concern for Shay was that the Fibroids were causing heavy menstrual cycles, which lasted more than 15 days. Such heavy blood loss was causing her to faint a lot, and doctors even told her that it might lead to a hemorrhage, which would mean she needs blood transfusions.

Coincidently, Pooch also just so happened to have been a victim of fibroids. In her case, her fibroids burst, which meant she had to have taken it out through an emergency procedure. So, she was very understanding of Shay’s feelings.

She was in Hospital because of Fibroids

We do not know the details of the condition, but the Love & Hip Hop star said the doctors were rushing to get it out. We remember in October 2018, Shay had to be rushed to the hospital for blood transfusion. Although we did not understand the reasons back then, now we do. Shay even clearly spoke about the blood transfusions.

Caption: Shay Johnson was in Hospital for blood transfusions in 2018

Cured or Not; She Advocates for Others

We do not know whether she is cured of her Fibroids now or not. She looks pretty healthy; actually, that will be an understatement. If you follow her on Instagram, you will know that she is a fitness icon. However, a physically and emotionally scarring experience from a life-threatening medical crisis will change you.

Of course, Shay Johnson is not a damsel in distress. Cured or not, she has now made it a life mission to advocacy for diagnosis, prevention, and treatment of the disease. In her Instagram post, you will also find numerous posts dedicated to this mission.

From tips about how to recognize fibroids to speaking on seminars for Fibroids’ attention, she does it all. She even freely advertises some medications for Fibroids and what not.

Shay Johnson is all about making pain an inspiration, and it does not ring any truer than her dating life. ‘Love and Hip Hop: Miami’ fans have felt her aches almost as a personal level as she bounced from one shaky relationship to others. Of course, Lil Scrappy takes the cake for the worst boyfriend ever.

After ten years of relationship, five years as friends and five years as on-again, off-again partners, Lil Scrappy would just move on and get engaged to baby mama Erica Dixon without even looking back. Even when they were exclusive, Shay Johnson had to deal with a lot of cheating and lying. Maybe it was for the best as we all know Erica could not hold on to her baby daddy.

He would go on to other women, most recently his current girlfriend, Bambi Benson. When he would break off his engagement with Bambi, he would come crawling back to Shay. Even though Shay was clear that she was over Scrappy, rumors rose about them having an affair. Scrappy would deny them after he got back together with Bambi.

Caption: Lil Scrappy tries to get back with Shay Johnson

We are really proud of Johnson for not letting ex-boyfriend Scrappy into her life. The ‘No Problems’ singer’s poor treatment and wrong way of ending things between them are exactly why Shay would end up with Pleasure P, who would also cheat and lie to her.

Some people have enough strong-will to bounce back from bad relationships and break-up. Shay Johnson was also able to find that will and resolve. Her terrible relationship had been physically depriving her body to a point where some stories even reported that she was pregnant. While some women would mope around because of that, Shay took it as a wake-up call.

Thanks to her trainer and life coach, Derrick Taylor, she would dedicate her life to health and fitness. She now is a fitness icon, and a lot of her 1 million IG followers are there to seek inspiration from her intense workout routines. Just check out her stretch-out routines.

She was even more encouraged to find so many of her followers looking up to her as a fitness icon. She also made it a business, and now she has a website called shayfit.com as well as a paid app called ‘flat tummy app‘ where her followers can get helpful tips, routines, and many other things to get a healthy physique like hers. It turned out to be an exceptional decision too, as though not verified; her net worth has been put at an estimate of $400,000.

Therefore, Shay Johnson should not just be an influencer of fitness and health but also the business. How many other women do you know that rose from such hardships to have six-figure net worth?

Shay Johnson has the utmost respect and value for the family. Her OG fans remember her first appearance in ‘Love and Hip Hop: Atlanta’ because well, she was born on 30th September 1983 in Atlanta, Georgia. She is an elder sister to two handsome and successful brothers; Emjay and Joe Johnson.

Shay leaves no opportunity to thank her family and particularly her brothers. Joe is actually a Doctor in counseling education. He has a Ph.D. from the University of Florida and used to play college football. Emjay is her co-star from LHHM,m who is an R&B singer with Bachata, Reggaeton, and other Latin musical influence. Emjay is dating another LHHM star, Amara La Negra.