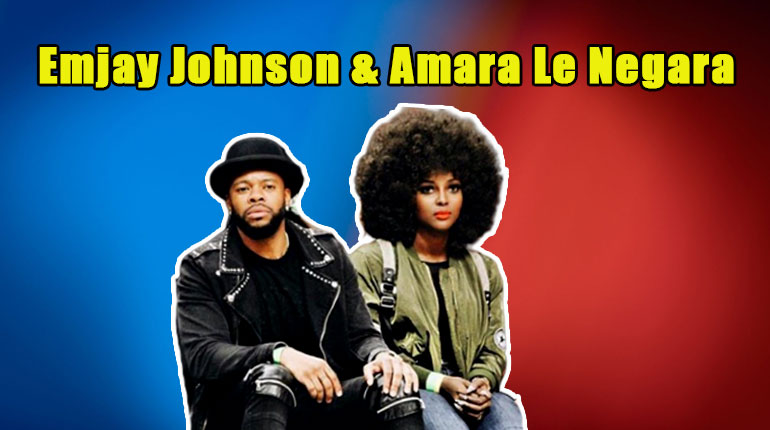 Relationships have always been an integral part of reality shows like Love & Hip Hop: Miami. Things tend to get interesting with dating life and partners of so many stars. Recently, we got to see Amara dating a new boyfriend who was later revealed to be none other than sibling brother, Emjay Johnson.

Find out everything about EmJay Johnson. What is Emjay Johnson’s Net Worth, Dating Life, and birthday?

Who is Emjay Johnson?

Emjay Johnson is the new boyfriend of Amara and the younger brother of Shay Johnson. Emjay Johnson’s age is not known, but he is a young and rising singer. He celebrates his birthday on 11th August if that is any help to you, but that is all the info we have on him. So far, nothing about his parents or other background has come to our knowledge.

Now that he is dating Amara, who, along with his sister, are star cast of Love & Hip Hop: Miami, we will surely get to see a lot more of Emjay and get to know him better. For now, all we have on Emjay Johnson’s bio is that he is also a singer-songwriter.

Emjay Johnson is an R&B musician who is primarily influenced by his love for Bachata. Similarly, you may also find a hint of Reggaeton and Pop in his music. You can check out his most recent song called ‘Right Chick’ January 2019.

Emjay Johnson took up to learning Spanish as a teenager and fell in love with Bachata music. Not only Bachata, but he started to appreciate Latin American culture in general and started to incorporate them into his music. He would go on to tour with Romeo Santos and live for two years in Mexico to better understand the culture.

We all know Emjay Johnson is the younger brother of Shay, but Shay also has another younger brother, Dr. Joe Johnson, who also will be appearing in LHHM. Joe is a performance coach and public speaker who is highly motivated to be an inspiration for black youth. All three siblings will appear together in LHHM, which they are calling ‘The Johnson Takeover.’

Dr. Joe Jackson used to be an athlete playing college football. He saw that profession going nowhere when he failed to cut the NFL dream. So instead, he got a Ph.D. from the University of Florida in counselor education. The Johnsons also have a little sister whose identity is yet to be revealed for now.

Emjay Johnson only recently came to our attention through LHHM so, it will take us some time to estimate his net worth. However, his sister Shay Johnson is believed to have a net worth of around $400,000.

Similarly, his current girlfriend, Amara La Negra, also is reported to hold a very impressive net worth. However, we were not able to find her exact net worth as sources range it anywhere from $1 million to $33 million.

Nonetheless, it is apparent that just by relations to his girlfriend and sister, he must have an equally if not even more impressive net worth. After all, he is also a good singer/song-writer by his own standards.

It was actually the Dominican singer who first shared the pictures of her and Emjay in April 2019, sparking up the rumors of their dating life. It did take long for the media to deduce that it was none other than Shay’s brother Emjay who was her new boyfriend.

In the since-deleted photos she shared, Emjay is kissing her hand while she shyly laughs. In another photo, Johnson is reading a magazine while Amara is all smiles, as she bites into something.

“There is something about a Gentleman That gets me Weak!” she wrote in the caption.

They Met Long Before That

It was 2017 and a random meeting when the two lovebirds actually met. Amara was going to a basketball game where her seat will be right next to her future boyfriend. She, in another deleted Instagram post, shared a photo of that game. Paparazzi had clicked their picture back in the day when they were not even a couple.

They only started dating about a year after their meeting and have been inseparable since. All you got to see is take a look into either their social media of Love & Hip Hop: Miami to see it clearly. Emjay has already moved in with Amara, who lives with her mother and even calls her as his mother. Here is a clip of them driving around and singing together like a family.

Speaking of Emjay Johnson’s social media profiles, he is active in almost every major platform. You can follow him on his Instagram, where he has almost 45k followers. Similarly, he can also be found in Facebook, where he has a profile and not a page.

You may also choose to check out his Twitter page, where he has over 5k followers. You will find mostly posts about his music or romantic photos and messages to his girlfriend like this one on IG.