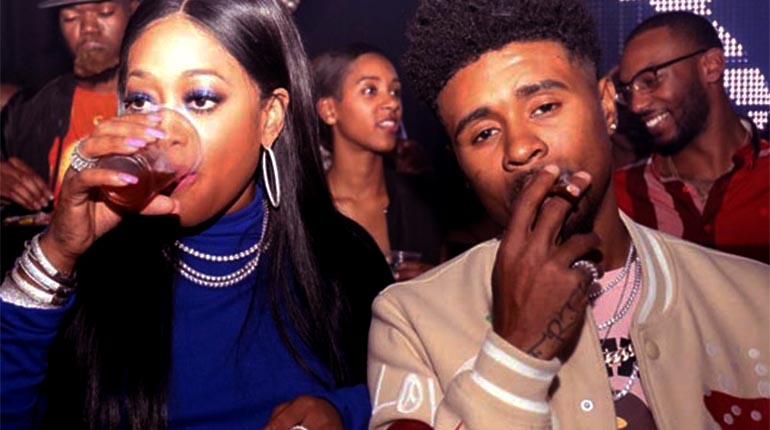 It may be in fairytales where young maidens find their young prince on the first try. Rarely does it happen in real life to fortunate people? We are not saying that this is a bad thing; it is better to find love much later in life than to not find it at all or settle for the wrong person.

Raymond Taylor is a Rapper/Businessman/Entrepreneur

When various outlets started to get the whiff of Trina dating Raymond Taylor, he was introduced as a young entrepreneur and businessman. However, he is also a rapper who also goes by the name of Ray Almighty. He is associated with the RockStarr music group and publishes music under Team Sport Creatives in Soundcloud.

So, he would eventually cross paths with a girlfriend, Trina. Trina, like a good girlfriend, shares a lot of his music. We gave it a listen, and it wasn’t half that bad so, maybe you should try too.

Taylor has also stated in his Instagram bio that he is a creative director and content curator.

Raymond Taylor loves to identify himself as a baller is life through music and social media posts, but he was actually a basketball player through school and college. He played for his colleges, Florida International University and Florida Atlantic University. To be qualified for college basketball in itself is a big feat, but Raymond Taylor was noticeably a proper player.

You can find montages of some of his best gameplays on YouTube. What is even more impressive is that Raymond or Ray Taylor’s height was only 5 feet 6 inches in college. At that height, he was competing and scoring against players commonly over 6 feet in height. As basketball lovers, we have to give him special props for that too.

Raymond Taylor is a Fan of John Lennon

Raymond Taylor may be a rapper, but his love for music goes far beyond rap and hip hop. He also likes John Lennon of the Beatles, as seen from his social media activity. The last three posts on his Instagram as of this time is of John Lennon, and his Twitter DP is also of John Lennon.

If you watch ‘Love & Hip Hop: Miami’ then you know Trina is super close with cousin and co-star Joy Young. Trick Daddy‘s ex-wife wanted to go on a double date with Trina, but for that, she first had to find her a date and did she find one. Yes, it was the 29-Year-Old Entrepreneur, Ray Taylor. The whole ordeal was televised in LHHM as well.

Caption: Trina agrees to go on a date with future-boyfriend, Ray Taylor

Trina and Raymond are 16 Years apart in age

In today’s time, we are getting even more and more liberal with age gaps among couples, as shown by some of the biggest power couples today, like the 12 years age gap between Jay Z and Beyoncé or the 17 years age gap between George and Amal Clooney. Trina and Raymond also share a 17-years difference in their age.

Trina was born on the day of December 3, 1974, in Miami, Florida, as Katrina Laverne Taylor. On the other hand, Raymond Taylor was born in 1990; his exact birthday is debated among three intertwined days of October 26, 27, and 28. Whatever it may be, Raymond is currently 29 years old and Trina in 45 years old. 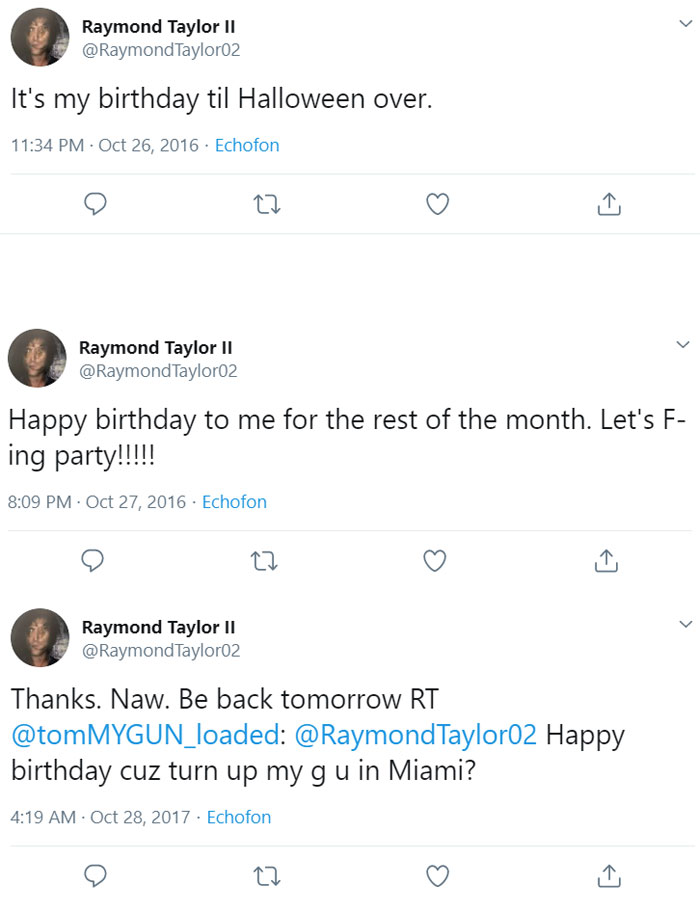 Caption: Raymond Taylor is wished/celebrated birthdays on October 26, 27 and 28

They both have their birthdays at the end months of the year so that they will be turning 30 and 46, respectively. So, they are 17 years apart, and you would expect it to be indigestible to some people. Surprisingly, Trina has some supportive fans that are happy that Trina has found someone who makes her happy. They fully support her of her new boyfriend, Raymond

We agree with the fans here. Trina and Raymond might actually make it. The couple actually knew each other from some time before, but while Raymond saw her nothing more than a friend, Trina felt a spark but did not think to pursue it. How lucky for them that Joy played a little cupid, and now they are dating and look inseparable.

Caption: Raymond Taylor might be Trina’s boyfriend for a long time

Trina cannot seem to stop laughing in the presence of her new boyfriend. Raymond thinks that Trina can get on his nerves, but she also makes him smile. There have even been reports from Bossip that Raymond said to his mother that Trina’s “the one.”

Is Raymond Taylor’s Net Worth as Big as Trina’s?

Now that Raymond Taylor will be among his girlfriend and other high baller rapper and singer from ‘Love and Hip Hop: Miami,’ people must be dying to know his net worth. Raymond Taylor’s net worth, for now, is still under review. You might find some sources giving vague estimations about his net worth from as low as $100,000 to $5 million.

However, we strongly urge you to remain calm until we or some other credible sources come up with that information. His girlfriend, Trina’s net worth, is around $6 million.