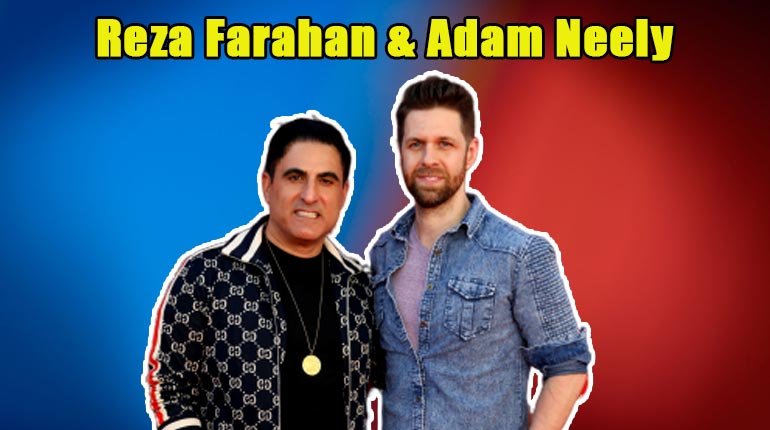 The new season of Bravo’s series, Shahs of Sunset, is already delivering with lots of dramas on the Bravo TV. In season 8, Reza Farahan and MJ Javid seem to be ended their 30 years of friendship. Also, Reza has a restraining order against Javid’s husband.

Rumors are swirling around that Reza’s husband cheated on him while he was out of town. Did, Adam Neely, cheat on Farahans? Here you need to know about the Shahs of Sunset cast member, Reza married life, and his friendship with Mercedes Javid.

Reza Farahan and Adam Neely officially got married on October 3rd, 2015, during a trip to Palm Springs, California. The wedding was attended by the Shahs of Sunset cast members only. On their wedding, co-star Asa Soltan Rahmati performed.

Back in 2019, both Reza and Adam wished each other a happy fourth anniversary via their social profiles by posting a series of photos of them. Reza posted a picture of the two on his Instagram, which they were promoting Reza’s beauty products and a caption with it. He wished him a happy anniversary with short and sweet and message. Reza thanked him for love, support with hashtags.

Further, the couple has been for almost five years and still going strong than ever. Reza never shies to flaunt his romance on social media. But rumors are going on that the couple is not happy with each other.

Is Reza Farahan’s husband, Adam Cheating on Him?

During the first episode of season 8, Reza and Adam hosted a housewarming party. At the time, he heard a rumored that his husband was cheating on him.

it all started when the Shahs of Sunset cast member Destiny Rose heard her friend Ali Ashouri that Neely sent him nude photos when Farahan wasn’t there.

Ali showed Destiny Rose the photos, and that look like sexual harassment. Later his castmates Mike Shouhed and Rose told Reza about the rumors they have heard. Also, Rose claimed that Adam played strip Jenga with men when Reza was out of town. Also, he thanked them for letting him know.

Later, Reza told on the cameras that none of those things make sense to me right now. He questioned to himself, “Is my husband cheating on me?” He added, he’s the only one on the group who knew nothing, and all of his friends were laughing behind his back.

To find out what’s going on, Farahan met Ali and Rose. Ali told him that Neely harassed him by sending inappropriate texts. Additionally, MJ said Ali that Reza and Adam have a rocky relationship. However, the 48 years old reality start seems to think that it all started by his friend, Mercedes Javid.

After Farahan found it was his best friend who spread all the rumors about his marriage to Adam Neely, he went on to talk with MJ. According to Farahan, MJ told Ali Ashouri to confront me about sexually harassing people.

Meanwhile, Javid said that she received no attention from Farahan when she has in the hospital. Before she went to the hospital, everything was fine between her and Reza. During the time, she was in ICU, Reza blocked her on social media and never reached out once.

Reza Farahan and MJ Javid aren’t talking to each other anymore, but why? Reza claimed their friendship us over for the foreseeable future.

Farahan and Javid have been best friends for a long time. Due to cheating rumors surrounding Reza’s husband Adam Neely, the Shahs of Sunset co-stars haven’t been on speaking terms.

According to Farahan word, “We were in a good place it was because we weren’t communicating anymore and we weren’ fighting right now. It was better when we were fighting with one another. Unfortunately, today we aren’t in a great place.”

He continued, “I’m praying that God heals my heart, her heart and our respective spouse’s hearts. At a later date, we’re able to come together again today.”

On the other hand, Mercedes Javid told Andy Cohen that she doesn’t want to repair her friendship with Reza Farahan.

Do Reza Farahan and Adam Neely Have Any kid?

Fans and castmates of the Shahs of Sunset may be thinking that there’s something shady going on with between Reza and Adam. When the reality star asked Neely about having a child, he replied with a no. Reza was taken aback and said he was kidding.

Adam explained that he didn’t want kids right now. The thing about having a baby not as easy as you think, and they both have to focused on their career. In 2018, the couple talked to Bravo that they are ready to begin their journey of fatherhood and even met a fertility specialist to explore their options to welcome a little one.

But in season 7, the two got busy on different projects. Reza said he and Neely were planning on getting pregnant once and trying for twins at that time.

Born in Tehran, Iran, in 1973, Reza moved to the United States as a kid. He grew up in Beverly Hills and graduated from Beverly Hills High School in 1991. Then he went on to the San Francisco State University from he graduated in 1995. He is a half-Jewish and half-Muslim.

After pursuing his bachelor’s, he worked as a real estate agent in Los Angeles. Like everyone, his goal is to live out the American dream and happy life. He made his debut on Bravo’s reality series ‘Shah & Sunset’ in 2012. Since then, he has appeared in all seasons.

How Much is Reza Net Worth?

The reality star has a hefty worth from the real estate as well as from the show. The Shahs of Sunset cast member earns a six-digit salary from the show that increases his net worth every year. Reza Farahan has a whopping net worth of $7 million.

In addition to his career, he is an actor. He played minor roles in a few movies that include ‘Sharknado 3: Oh Hell No!’ and ‘Yours, Mine or Ours.’

Aside from that, Reza launched a haircare line, Reza. He sells hair and beauty products like hair color, extensions, color, makeup, and more.

Farahan is a Pet Lover

Reza loves cats and dogs so much. Also, he has a dog named Marty and Cats, Miss Moo and Woody.

He shares numerous pictures of his cat and dog on his social profiles. Further, Reza’s cat even has its own Instagram under the name “@missmoo_mrwoody,” which is managed by him.

Reza is Active on Social Media

On the contrary, you can also check out his husband’s social media as well.