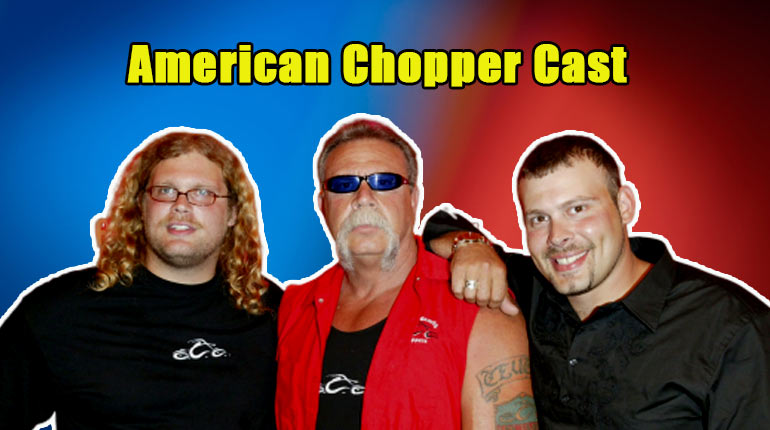 American Chopper is one of the first reality TV show from back in 2003. It first premiered on Discovery Channel. The show is about the chopper-style motorcycles whose craze honestly never seem to die. The show starred father-son combo as their lead, Paul Teutul Sr. and Paul Teutul Jr.

Firstly let’s talk about the recent big update from the show. The father and son combo often argue and make impressive choppers at Orange County Choppers, New York. This show laid out the path for reality TV shows with human intimacy and differences working together to achieve a common goal. However, in the end, their arguments will lead to Paul Sr. and Paul Jr. going their separate paths.

The father and son combo worked together on the show until the falling out in 2008. With the explosive argument leading to Paul Jr.’s termination, he set out to open a competing chopper shop, Paul Jr. Designs. It was an epic moment in the history of reality TV, which even became a famous meme.

The show has moved between Discovery and its sister channel several times and had ten seasons, which ended on December 11, 2012, with the episode “The Chopper Live: The Revenge.” They revamped the show in 2018 on the Discovery channel, with season 11 of the show.

The show focused around the father and son combo, but there were other casts as well, like Vinnie DiMartino, Rick Petko, Michael Teutul, etc.

Let’s take a look into the casts of the show American Chopper about their net worth, bio, and what’s going on in their life.

Born on May 1, 1949, now 70 years old, Paul Teutul is the founder of the Orange County Choppers. He started his career by beginning Orange County Ironworks and got into motorcycle customization later. He lived in Yonkers, NY.

Paul Sr. got his motivation for motorcycle customization from movies and seeing loads of customized motorcycles on New York streets. In 1999 he left Orange County Ironworks to his son Daniel and started his custom bikes shop, Orange County Choppers. After some time, his son Paul Jr. joined him on the custom bike business, and the duo got picked up by the Discovery channel in 2003 for the show American Chopper.

Paul Sr. has married twice and has divorced both times. He has four children Paul Jr., Michael, Daniel, and Christin Teutul, from two marriages. Here is a throwback photo he shared of him with his ex-wife and all four children when they were tiny.

Paul Sr., the lead cast of American Chopper’s current net worth of $500k, mostly comes from Orange County Chopper, and Orange County Ironwork combined. He filed for bankruptcy in March 2018. This probably resulted from many bad decisions after the ending of the show back in season 2012, getting sued multiple times.

Paul Teutul Jr. is born on October 2, 1974, makes him 45 years at the time of writing. He was the co-star of American Chopper along with his father Paul Teutul Sr. until 2008.

In 2008, the father-son combo had a falling out where Jr. got terminated. Paul Teutul Jr. then went on to start his own business competing against his father, Paul Jr. Designs. That was also the end of the show as it was. Later the show was revived as the show of rivalry between the father and son.

Paul Jr. Currently has a thriving business where he customizes bike and sells branded clothing. He specializes in AntiVenom and Geko bikes with his company Paul Jr. Designs.

Paul Teutul Jr.’s current net worth is over $2 million. As one of the lead cast, he has accumulated some part of his net worth from the show as well. With many talents from OCC working now on his, PJD is business only seems to be growing.

He married Rachael Biester in 2010, and they have a son together. They appeared on the show say yes to the Dress on TLC. His wife’s birthday is in June 20, which we came to find out through this post of him wishing her with a picture from their wedding day.

The couple together has one son who is currently in pre-school. Their son’s name is Hudson, and here below is a picture of him and proud daddy, Paul, on Father’s day wearing matching outfits. You can tell the kind of relationship they have from their smiles in this picture.

Michael Teutul is the younger brother of Paul Teutul Jr., born on November 26, 1978. Much like his elder brother, he also spent some of his early career stage in Orange County Ironworks. But later, he also went to Orange County Chopper as assistant general manager.

His responsibility as Assistant GM was just simple jobs like handling phone calls, attending to guests, taking out the trash, etc. When OCC got picked up by the Discovery channel for the American Chopper show, he became the comedic relief of the show among the two Pauls arguing.

He even attended many shows like the late-night with Conan O’Brian, The tonight show, etc. for his cast as a humorous and comic relief in the show.

Michael is a fantastic painter and has even auctioned his work several times and has inaugurated an art gallery. Michael is currently working with his elder brother Paul Jr. on Paul Jr. Designs.

Michael’s current net worth is about $2 million, most of his net worth accounts from his artwork, and some from him helping in Paul Jr. Designs. He is not married.

Vinnie is currently 47 years old, born on October 9, 1972, at the Hudson Valley area, NY. He is a bike builder and designer, and he has been with OCC since 2002. Vinnie was in the show from the very beginning, but he missed being on the pilot of the show by a nook.

DiMartino left OCC in 2007, which picked up a lot of heat on the internet. DiMartino clarified that it had nothing to do with OCC, and he had always wanted a shop of his own. He went on to open his own bike-building company, V-Force.

With a successful business and casting in the show, DiMartino’s current net worth is over $1 million. He has appeared on a few other reality TV shows, including the 2010 American Chopper: Senior vs. Junior, where he worked with Paul Jr.

He is married to Melissa DiMartino and has four kids, Vanessa, Ava, Isabella, and Vincent DiMartino.

Rick Petko is a 51-year-old designer born on September 11, 1968, and a member of the OCC since 2003. Petko was the cool and calm type of guy in the show. And he was one of the fan-favorite for is his relaxed demeanor and good looks. Rick is very polite, according to fans who have met him.

After the Sr. and Jr. split, there was a ‘Free Rick’ move on the internet. But he remained cordial to all his colleagues. This is perhaps the reason why both Sr. and Jr. Pauls attended his wedding in 2012. He married Brittany Cockerham.

Rick, as a cast of the show and working his own business, currently has a net worth of $1.75 million. Even now, Rick is with OCC, but he also has his own company, which he started in 2016. He restores and builds bikes along with handcrafting knives.

Rick is rumored to have partnered with Harley Davidson owners Jim and Linda Schlier.

Born on 1962, Mike Rowe is currently 57 years old and has a staggering $35 million net worth from his casting in various shows and opera singing days.

Mike currently hosts a series produced for Facebook called Returning the Favor and is not married.

Paul Teutul Sr. comes to the top when we talk about the controversies regarding the show American Chopper. His hot-headed behavior and the screaming showdown he had with his son in 2008 have even made him into a meme.

He got sued a bunch of times. Once by his partner Thomas Derbyshire, he misused his partner’s money and got charged for fraud. Another time he was sued by JTM motorsports when he couldn’t uphold his side of the deal of advertising their brand for fixing his Corvette.

He later filed for bankruptcy in March of 2018. Since then, he has sold a lot of his assets, including his New York mansion, for $1.9 million to cover up for his debts. His considerable net worth that we talked about earlier must have taken quite the hit from this incident.

Many peoples love this show, and none of the cast left the show. Some didn’t appear in the newer version of the show, but they might in the future episodes, so we can’t say anything yet.