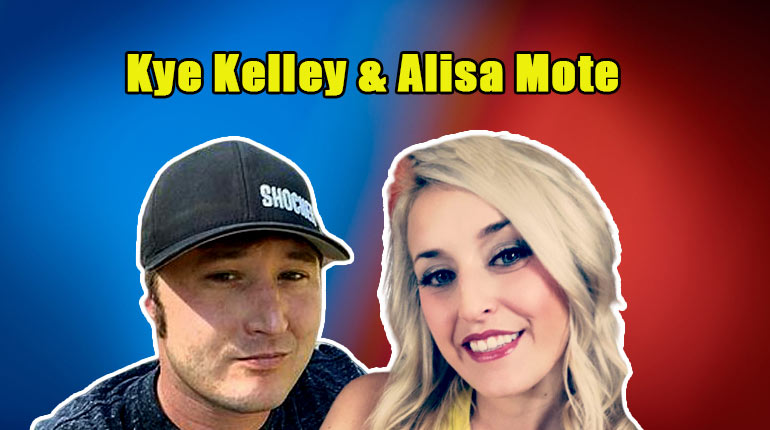 You might have heard the name of Kye Kelley from the popular television show named Street Outlaws. If you do, then you must know his ex-wife Alisa Mote. While Kye called out his new girlfriend, Lizzy Musi, on Street Outlaws, where do you think is Alisa? Kelley is burning up the streets with his new love interest, but today, let’s keep it aside and focus on his ex-wife Alisa Mote Kelley.

Here are some unknown facts about Alisa Mote’s marriage with Kye Kelley, their daughter, and divorce. Also, find out what is she doing after her divorce?

Alisa Mote is a Nurse

Alisa Mote was born in Mississippi, the United States. However, her birthday is still a secret. Alisa was born to Brenda Martin (mother). She has two other siblings named Crystal Simmons and Daniel Mote. Despite being popular in social media, she likes to keep her family life private.

You might find it hard to believe, but Alisa is a professional nurse. She graduated her high school in McComb.

Later, Mote went to Minnesota for her college studies. She completed her nursing course and graduated from Walden University as a nurse practitioner. Currently, she works at North Oaks Health System as a Flex-Ability nurse, located in Hammond, Lousiana.

Also, her determination to help out at schools has increased her public identity even more. She often posts photos and videos from Mount Pleasant Elementary School while gushing about her favorite students.

Alisa Mote married Kye Kelley in August of 2015, but their marriage was short-lived. It was Kye who proposed her in 2014, and the couple dated for a year before tieing the knots.

The couple was newly married when Kelley first appeared on Street Outlaws. They were also expecting their first baby together.

On February 20, 2016, Alisa posted a picture of herself and Kye while having a baby on her womb. The couple was expecting their first child soon after.

Meanwhile, the couple has a sweet daughter named Kenadeigh Kelley. Kye also has another baby from his previous lover.

Just after being married for two years, Mote and Kelley’s marriage came to an end. In 2017, the couple filed a divorce suit. Their daughter, Kenadeigh, was born only seven months before they split.

Kye didn’t waste any time approaching another woman, and he declared his relationship with Musi on Facebook soon after in April of 2017. The fact that Kelley moved on so quickly was a shocker to many of his fans. He began dating Musi shortly after he officially ended his marriage with Alisa.

Nevertheless, both of them stayed silent about the exact detail for their split, and they seem to keep it the same way.

Kye Kelley is a famous street racer from the show, Street Outlaws. He grew up in Mississipi. He showed his interest in racing cars from a very young age.

Kelley began his career with dirt bikes and then shifted his attention towards cars. Now, he is a person that every other driver wants to beat.

Before he started his career in Street Outlaws, Kye worked in the oil fields after he finished college. Later, the racer started his own business in McComb, Mississippi.

The man is famous for his Camaro named The Shocker.

Kye is in a relationship with Lizzy Musi, who is a fellow racer in Street Outlaws. Their relationship seems to be going very well. The couple gained interest from one another with their passion for a racing career.

Talking about Kye, he is among the top contenders to be at the top of the races. Of course, there are many rivals in this sport, and he has to come out on top.

Similarly, Musi comes from a family of motorheads, and she is the daughter of Pat Musi. So, it’s evident that she would follow the footsteps of her father, who is an engine builder and a famous drag racer from the 90s.

Alisa and Kye went their separate ways after breaking up. However, the couple is not in good terms at the moment. Given the current events, Alisa was furious about Kye moving on with Lizzy, so she had a thing or two to say to their relationship.

Alisa even called their relationship trash on social media, which was quite a shocker for the fans as well. Also, the statement was too offensive for Kye and Lizzy’s blooming relationship.

The viewers criticized Musi for being the reason behind Kye’s divorce with Alisa though the actual reason for their breakup remains a mystery.

What is Alisa Mote doing now? Life after divorce

Alisa Mote is more focused on being single, unlike her ex-husband, Kye Kelley. She is enjoying her motherhood, and she often uploads the photos of her adorable daughter on Instagram.

Kenadeigh is into her second year while Alisa is trying to maintain a life as a single mother. The mother and daughter hang out together, and they seem to be having a lot of fun.

Mote is well adapted to her life without Kye, which is a good thing. Even though she is active on social media, she tries to keep her personal affairs hidden. She does not like flaunting about the details of her relationship with Kye or her new love life.