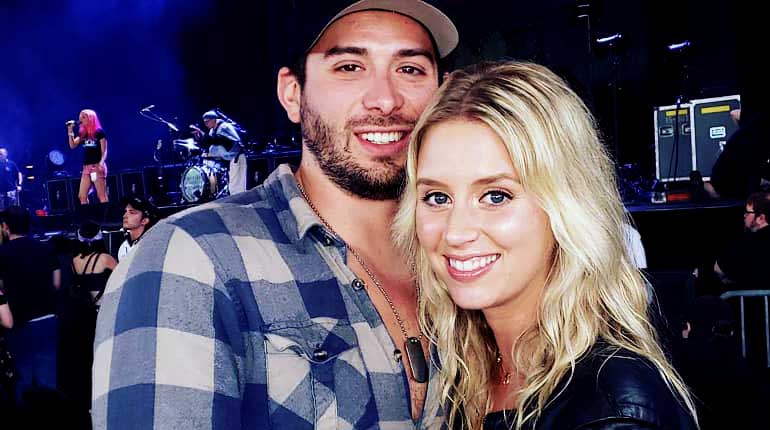 If you are not a single child, then you hate them or love them; siblings will always be one of your best friends in life. If you think that it does not apply to you, then you have not given any thought of losing your sister or brother.

Many people around the world face this tragic fate, ‘Below Deck‘ star Nico Scholly is one of them. Although true fan already knows about it, we are still going to talk about the death of Nico Scholly’s brother. After such a tragic loss, without a doubt, you need someone beside you. Does Nico Scholly have a girlfriend? Is he still dating Melissa, or does he have a new girlfriend?

What happened to Nico Scholly’s Brother?

Nico Scholly went through one of the worst moments in his life in November 15, 2016, when he got the news of his brother’s accident. His brother, Tristen, who was only two years younger than him, died at a very young age of 21. According to reports, Tristen was staying with another sibling after a night of heavy drinking at a concert. He went outside to the third balcony of the house to light a cigarette when he somehow fell into the house’s alley.

Caption: Nico Scholly’s brother tragically died at 21 in an accident

A friend of Nico found him lying unresponsive and called for help. The first responders determined that he had “multiple skull fractures, blood on the brain, and his brain had shifted from the fall. The victim also has a broken left arm.”

Tristen Scholly was initially under a 24-hour medically-induced coma, but later medical professionals ruled out that the 21-year-old had far too much brain damage to have any chances of survival.

There are many ways to react to the death of someone you love. There is always a pain, but the difference remains in how you deal with it. Nico Scholly, through all the pain, decided actually to make his brother’s life meaningful.

“My best friend, My other half, My favorite little shit, I hated you quiet often but loved the hell out of u no matter what. My heart is completely broken,” he wrote on Instagram. Furthermore, he also mentioned that Tristen was an organ donor and would be donating his heart and lungs, among other organs, to save other people.

Tristen did end up saving four people within that month, and Nico Scholly couldn’t be a prouder brother.

Surgery was a success! My brother just saved four people's lives all live in Chicago as well! I can't wait to meet them in 6 weeks!!!!

Since then, he, as well as the rest of the Scholly family, have made it their mission to uphold the awareness of organ donation. Tristen Scholly, who was born in the Hoffman States and was a student at Barrington High School, may have been laid to rest, but his legacy will continue.

“How?” you ask. The Scholly family has started a foundation on his name, the Tristen Scott Foundation. This organization is dedicated to serving and supporting other donor families. The foundation is also the first of its kind to cover the cost of burial for the families.

Since then, Nico Scholly has continuously kept his brother in mind. When he returned in season 5 of ‘Below Deck’ he was noticeably in not a sound peace of mind. It wasn’t until Captain Lee Rosbach really pressed him, did he finally open up about the passing of his brother. Otherwise, he would have kept it in throughout the whole season.

Caption: Nico Scholly opens up about his brother’s death on ‘Below Deck.’

Nico, also according to his Instagram, went to Mexico in the first year anniversary of his brother’s death. Mexico was apparently one of Tristan’s places to go to, so the ‘Below Deck’ star was going there to spread his father’s ashes.

What is Nico Scholly Doing Now?

Nico Scholly never returned to ‘Below Deck’ after season 5, and now we know. You must be wondering where is Nico Scholly now or what he is doing now? Well, if you are then following him on his social media, he is pretty active on it. But since you are here already, you can just read about it all in here.

The ‘Below Deck’ star has now been busy learning and handling his family’s business of plumbing. It was right after his brother’s death, who was also training to be a plumber. The Scholly family business based in Elgin, Illinois, has been running since 1993. It is pretty famous with a large number of both residential and commercial clientele.

Similarly, the 26-year-old is also learning to take over the family business hopefully.

Caption: Nico Scholly is pursuing a new career after ‘Below Deck.’

Is Nico Scholly still Dating Melissa or Has He a New Girlfriend?

Nico Scholly would not be a reality star without at least one scandalous relationship in his dating life. Scholly turned a lot of heads in season 5 when he gave us reasons to believe was hooking up with Brianna Adekeye. Of course, it wouldn’t have been scandalous had Scholly not already been dating a girlfriend in Chicago at that time.

Afterward, it was confirmed, Nico and Brianna did have a hook-up. You would think that it would be the end of his dating relationship with Melissa. However, in a video interview with Bravo after season 5, Nico revealed that not only were he and Melissa still together, but they had also moved in a “cute apartment.”

Since then, it has been hard keeping track with Nico Scholly as he has almost let go of all his celebrity stardom. Still, through his social media, we were able to track down his new girlfriend. It turns out, Nico Scholly is dating a new woman by the name of Briana Boyer. Yes, we checked, and it is not Brianna Adekeye, who has a very similar name.

We couldn’t get much information about Briana Boyer as even her Instagram profile is private. But her bio states that she was born and raised in Chicago like her boyfriend. Furthermore, She is an Arizona State Graduate. As the picture above states, the couple has been together for longer than ten years.

Nico Scholly Net Worth and Bio

Nico Scholly was born on August 5, 1993, in Chicago, Illinois. He will be turning 27 years old by the end of the year. Scholly used to be in real estate, but a friend introduced him to the scene of working in fabulous yachts.

This is how we got to see him star as a bosun in ‘Below Deck’ for two seasons; 4 & 5. He currently works in his family’s successful plumbing business. Nico Scholly’s net worth remains to be estimated, but sources have put his net worth to range from $100,000 to $1 million.