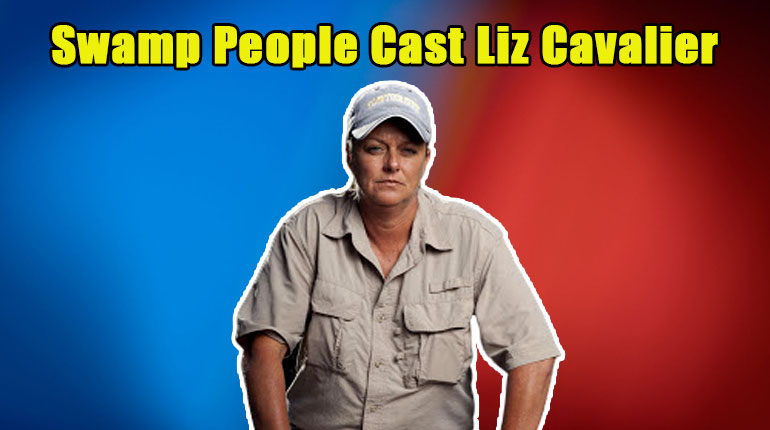 Coronavirus has led the world to the nightmarish state of death and hysteria, leaving even the strongest of people we know to go into hiding. You ever wonder what the most adventurous and fearless people you know are doing during the outbreak and quarantine.

For us, it is none other than the former Swamp People cast, Liz Cavalier.

What is the Liz Cavalier doing? Where is the Gator Queen now? Learn all about Liz Cavalier’s net worth and married life in her bio, but firstly, did she contract the coronavirus? Find out here along with her full wiki about her children and why she left ‘Swamp People‘

Does Liz Cavalier have coronavirus? What is She Doing in Quarantine?

Liz Cavalier, like many celebrities in the past, has been very active in discussing the coronavirus in her Facebook page.

Liz Cavalier made the shocking reveal to her Facebook followers by writing, “Just a Thought, I also was very sick in November.” She even spoke of her symptoms which are quite similar to that of the COVID-19, “ran fever couldn’t breathe, cough, cough, cough, well went in negative for flu, and everything else, sinus he said, I never had a sinus infection like that, four weeks.”

Furthermore, she said that her sickness was viral, with a lot of people around her also contracting it. So, is this shocking information correct? Does she have coronavirus?

Fortunately, Cavalier seems well and healthy in her much later Facebook posts. She did never give us developments on her story, but considering it happened in November 2019 and she posted the story recently in March 2020, we can say that she is alright and healthy.

The Gator queen is also in quarantine currently but does share updates of the COVID 19 virus and herself to her fans like in the video below where her grandson joins her.

Everybody might remember Liz Cavalier from ‘Swamp People,’ but people don’t even know why she left in the first place. It wasn’t under ideal conditions. After rising to stardom in season 2 as childhood friend and co-star, Troy Landry‘s hunting partner, Cavalier, would earn the name of the Gator Queen.

So imagine her surprise as well as that of her fans when the show decided to sack her along with several other Swamp People cast. Oblivious to the fans of the show, there was a change in management of Swamp People’s production team after season 6 in 2015. The new management team was forcing her along with other cast members to quit the show.

Liz took this issue public by sharing it on her Facebook profile. When the management team requested her to put down the posts, she not only declined but continued to post more updates, including the company’s requests. She did never delete her posts and made her intentions and stubbornness clear.

So, it will be safe to say that Liz Cavalier will not be returning to Swamp People anytime soon. However, she still is in the hunting game and hunts for alligators. In fact, if she wasn’t stuck in quarantine, she will be doing what she does best and hunting some gators.

Liz Cavalier may no longer be a part of Swamp People, but the fact that people still associate her as a ‘Swamp People’ star says a lot about her stardom. Like she promised when she left the show in the first place, Cavalier is still active in the Alligator Hunting game with other relative ventures.

Liz Cavalier’s net worth is approximately $3 million. We don’t find her net worth even a bit surprised if we are considering all her ventures. There are not a lot of women out there in the trade after all, and to earn a title like the Gator Queen doing it is too impressive.

Liz Cavalier was married to a husband where she got her current last name from, but no further information is available of his yet. All we know is that her daughter, Jessica Cavalier, was born from that marriage and that she later remarried fellow alligator hunter Justin Choate in 2014. Choate also was a cast of Swamp People from season 4 to season 6.

Her daughter, Jessica Cavalier, is a former drug addict but has now patched her life back. She had substance problems from a previous marriage, and her mother was right there by her side to make sure that she had the care and love necessary for rehabilitation. Currently, she is in a healthy relationship with her boyfriend and also has a daughter.

Yes, Liz Cavalier is a grandma. Her granddaughter’s name is Bella, who was born in September 2015. Since then, she already had another daughter by the name of Ellie. On top of that, Liz Cavalier also has two more children that are her step-sons Daemon and Destin from her husband, Justin’s previous marriage.

Liz Cavalier was born on January 21 of 1970, in Pierre Part, Louisiana. She was born as Elizabeth Dupre to father CJ Dupre and mother Ella Dupre, who were both alligator hunters. Except for her parents, she only allows Troy Landry to call her by her birth name.

She was raised in Marsh South of Houma, where her father taught her everything about alligator hunting and other environmental knowledge. In contrast, her mother taught her how to cook delicious alligator meat.