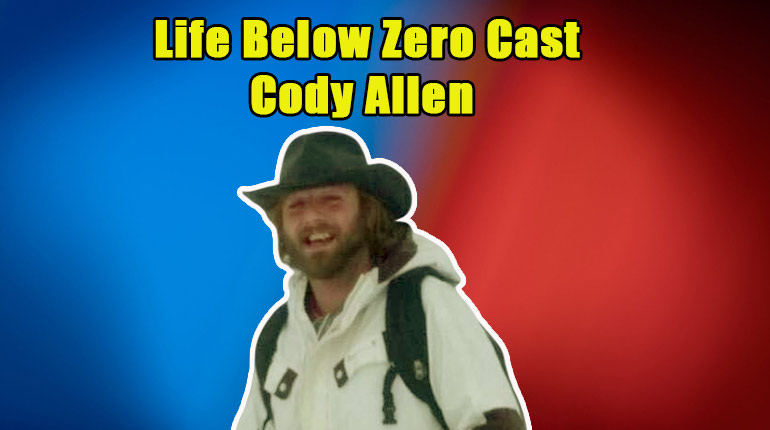 The greatest mystery of all time is neither the case of Benjamin Button nor how Jeffery Epstein died. It is how some of our favorite reality stars disappear off the face off the earth. It is not a very secluded incident; this reality stars disappearing instantaneously after leaving a reality show. We should know we report about such stars a lot.

They are much harder to track down than A-list celebrities at one point in time, but somebody has to do the dirty work, don’t they? We are back again with another one of the stars that fell off the radar, and that celeb is, *drumrolls* Cody Allen.

You have likely forgotten the name, but Cody Allen was a former star of ‘Life Below Zero.’ Find out Cody Allen’s net worth and bio and find out what Cody Allen is doing now. Also, details on his dating and married life below.

You do not have to beat yourself up if you don’t remember Cody Allen properly. After all, he had only an appearance of 4 episodes, and that too was way back in 2014. We remember him clearly because season 3 was epic; we wonder why Allen ever left the show after such a great timing and appealing presence in the show.

Ours is not to question why, but we can question as to ‘where Cody Allen is now’ and ‘what is Cody Allen doing.’ Well, Cody Allen has held a number of jobs after his stint as a reality star. He was working construction at government camp in Mt. Hood’s base since a very young age of 19 years old. So, it is not surprising to find out; he has held a diverse background in work even after leaving the show.

Cody Allen’s Facebook account says that he currently works in Oregon Burls, a Timber company that collects and sells beautiful burl and figured woods in Grant Pass, Oregon. He started working for the establishment since October 2019 and previously worked for an Egyptian-based clothing brand, Concrete before.

A man’s Facebook can reveal a lot of things about him, and luckily we were able to find Cody Allen’s dating life from his Facebook. That means Cody Allen is not married, but he does have a girlfriend. Cody Allen is dating a girlfriend by the name of Deanna Davies Milota. Cody Allen’s girlfriend, Deanna, is from Surrey but currently resides in the Metro region of Vancouver, British Colombia.

Furthermore, his girlfriend is a graduate of the University of British Colombia. So far, Cody Allen has shared a couple of pictures with his girlfriend, and they always appear to be very close to one another. Allen also changed his relationship status to being “in a relationship” since 30th April 2019, but they might have been dating for longer than that.

Cody Allen was born and raised in Oregon but always had a taste for adventure. He spent entire summers exploring his whole home state through rafting, hiking, fishing, swimming, biking, and traveling through the region. We have no info on his parents, but he really loves to spend time with his father by the look of his FB page.

His job as 19-year-old in Mt. Hood made him appreciate the cold mountains and wilderness. He was living in a hostel, half a mile away from his workplace, but at the same time, he was also living only a quarter of a mile away from a ski bowl, the largest night ski bowl in America to be exact. So, he did the only logical thing and learned to ski and has become pretty good in it since.

Cody Allen then got a chance to go to Alaska and the star on ‘Life Below Zero’ which where almost all of us met him. He does not look like he will be returning to Life below Zero anytime soon.