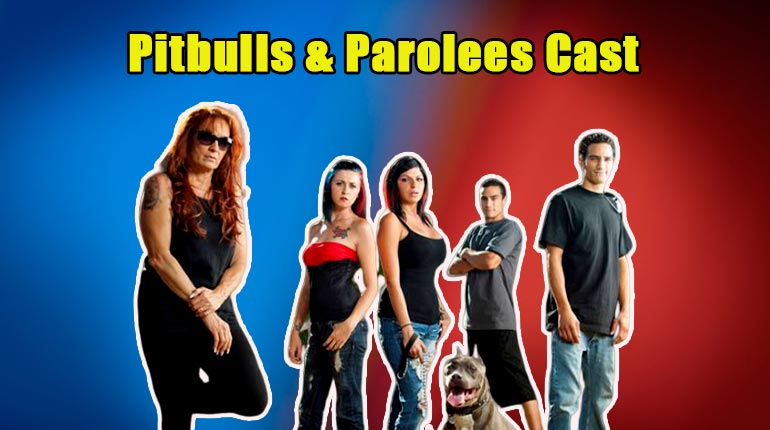 For many people, second chances are equivalent to second lives. You gain a deeper understanding of it when you watch Animal Planet’s Pitbulls & Parolees. You see the cast of Pitbulls and Parolees in every episode, but what do you about Tia Torres or the rest of the cast.

Tia Torres Net Worth and Husband

It will be safe to say that Tia Torres is the boss lady of the Villalobos Rescue Center and the show ‘Pitbulls and Parolees.’ Torres was born as Tia Maria Torres in Southern California on June 11, 1960, and had a flimsy childhood. Her father was not around, and her step-mother raised her among a score of different animals.

Tia Torres is now 59 years old and soon turning 60 but has a net worth of $300,000. The salary from the series makes her grand net worth possible, but it was a tough road here. She even was homeless at one point in her life with multiple dogs, a goat, and a horse. After joining the military, she would return to pursue a profession and mission of her lifelong love for animals, particularly dogs.

She would also develop compassion for another vulnerable group of parolees after counseling youth gang members. This became the foundation for Tia to establish Villalobos Rescue Centre. Villalobos generally take in abandoned, aggressive, and abused Pitbulls to rehabilitate them. They also take on other dog breeds and animals. Tia’s organization has become a haven for not just animals, but people as many of her clients and workers are parolees or have a criminal background.

As the stigma about Pitbulls being dangerous grows, Tia and her organization have more and more issues to deal with. However, that is not the only problem the ‘Pitbulls and Parolees’ lead cast member has. Her married life itself is in turmoil with her husband behind bars. Learn about Tia Torress’s husband and children below who are also cast members of the reality show.

If you became a fan of the show from later seasons, you might not have heard of Aren Marcus Jackson because he has been in Prison for around 13 years. Aren Marcus Jackson was arrested and charged with 11 different felonies, which included burglary, possession of an illegal firearm, and attempted murder.

Jackson pleaded he was not guilty, but the court found him guilty regardless, and for that, he was sentenced to 15 years and eight months in prison back in 2007. So, he was not a cast member of the show despite having appearances from behind bars. Like his wife, Jackson also had a troublesome childhood, but unlike her, he found himself in the wrong side of the law multiple times.

Tia even met her husband, Aren, when he was in prison serving a 14-year sentence for a different crime spree. Tia was relocating the owner of a Pitbull, who turned out to be the incarcerated Aren. Having a long experience working with inmates and ex-cons, Tia was able to cross the barrier of Aren being a felon and fell in love with him.

They got married as soon as Aren was released in 2006 and had a daughter together named Mariah Torres.

Is Aren Marcus Jackson being Released in 2020? Are they still Married?

Aren Marcus Jackson, according to his 2007 sentencing, was to serve 15 years and eight months in prison. However, the justice system doe have provisions for early release, especially if a convict shows unusual behavior in jail. By such rules, Aren Marcus Jackson may be released earlier than his sentenced date of 2022.

Dozens of sources have come forward to report that Aren Marcus Jackson will indeed be released in 2020. However, we cannot say anything for sure without hearing it from official sources. If Aren is, in fact, going to be released in 2020, which is this year, we will surely hear about it when it does occur. So, you should watch out for our update on this topic.

Another confusion about Tia Torres and Aren Marcus Jackson is their married life. Many websites claim that they are still married, while some have said that they had separated a long time ago. Once more, we were not able to find any new or reliable sources confirming which side of the story is correct. Until we debunk this myth, perhaps it is better to consider that they are still a married couple.

The Twins; Kanani and Keli’i Chock Net Worth

Pronounced as Kaw-Naw-Nee and Kay-Lee-Ee, the twin brothers are adopted sons of Tia Torres. We told you that Tia Torres has a thing of rescuing, not just stray animals but people as well. There may not be a better example than Kanani and Keli’i.

Before the twins were, Tia’s sons, they had a very rough childhood. Luck would have it that they met and became good friends with Mariah Torres. They shared a love for dogs, and so the twins started volunteering at Tia’s rescue center. In the beginning, they will come in weekends but started to come more and more, and their homes grew more and more turbulent

Finally, they became like sons to Tia, who made it official by legally adopting them. Since then, the brothers of Hawaiian descent have been an integral part of Villalobos and Pitbulls and Parolees cast.

Kanani is said to have a net worth of approximately $200,000 while having a salary of $100,000 to $150,000. While we still need to verify this information, if it is true, then his twin brother Keli’i should also boast a similar net worth and salary.

Mariah is the daughter of Tia Torres and Aren Marcus Jackson, so; it goes without saying that she was born and raised around Pitbulls and other dogs and animals. While on the one hand, she was this naturally skilled dog handler; on the other, she was a pageant-winning beauty. Mariah spoke at the LA City Commission in front of the mayor and hundreds of people showing that she was an exceptional speaker as well.

She has since then continued to speak to the mass, raising awareness about the wrong stereotypes of Pitbulls and the abuse they face through dogfights. All this is why she is one of the main cast members of Pitbulls and Parolees. She even already has a net worth as much as her mother’s $200,000 as estimated by certain websites.

We were unable to find if Mariah Torres is married or not. She may be dating a boyfriend, and we did find some people in her IG who could be her boyfriend but nothing concrete. Mariah also already has a son by the name of Nakoa Jack. She is super close to Kenli’i, who looks after Nakoa like a great uncle.

Tania Torres is the oldest daughter of Tia Torres from her previous relationship. Tia comes from a tragic childhood. Her father was shot, paralyzed, and years later died from complications of his condition while her godmother was brutally murdered. More deaths came into Tania’s life; her younger sibling, a half-brother, was also killed through gang violence in a drive-by.

Luckily, she had mother Tia Torres even though they struggled financially. Tia often calls Tania her youngest doppelganger as apart from appearances, they did suffer similar hardships. All the tragic past, however, made both of them healthy and reached their current state.

Tania Torres’s net worth is still under review for now. Even her mother’s net worth is not very high at $300,000 so, that may be the reason it is taking so long to estimate her net worth. For us, only knowing that she and her mother are well off now and far away from their rough past is good enough.

Tania Torres is married, or at least we think she is through the picture below. It seems like she posted the picture in memory of her marriage, which happened three years ago. So, she got married in 2013.

The name of her husband is not known, but Tania has mentioned that her husband is a Metal lover. He certainly looks the part with his long hair and tattoos. The couple has a daughter together who has a rather unique name, Salem-Wolf Clementine, born on February 13, 2017. Salem is growing up to be even more beautiful by the day, and she will be turning three years old very soon, so we would like to wish her a happy birthday in advance.

If you have stuck with us so far, it is clear that you are a pretty big fan of ‘Pitbulls and Parolees’, so chances are you already know much about the new season. If you do not, then finally, you are in the section where you can learn all about it. Pitbulls & Parolees is currently running in its season 16 and has already released around four episodes.

Caption: Tia Torres and daughters save 38 dogs in Pitbulls and Parolees.

The season 16 of Pitbulls and Parolees premiered in January 4, 2020. Make sure you tune into it if you haven’t already so that you do not miss any more episodes.