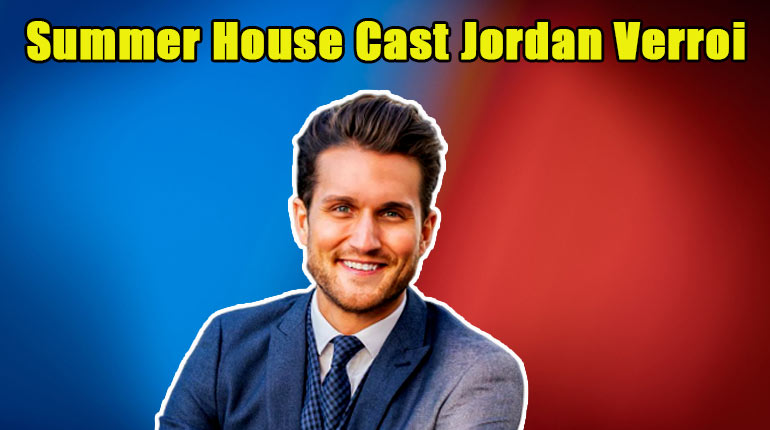 You might not necessarily like someone in your favorite TV show or series, but still, you would have to agree that they make up for some excellent entertainment. In Summer House, there are multiple characters like that, and our top pick is certainly Jordan Verroi. Love him or hate him, you have to agree, the loss of Jordan will be a severe loss for a reality series like Summer House.

So, is Jordan Verroi leaving the Summer House? Find out if he is returning or not in his net worth and bio. Also, his dating life and girlfriend, or is he gay?

Yes, Jordan Verroi is indeed leaving Summer House in its new season. Verroi had a fallout, only three weeks before the end of production of season 4. Jordan’s leave from the show comes after his demotion in his role from a Summer House cast to that of a cast’s friend. A demotion is never a happy feeling for anybody, but it seems that Jordan Verroi really took it to heart.

While the details are still not out yet, insider source points out to bad blood as the reason for the Summer House Star to leave the show. A source told TMZ that Jordan refused the idea of being dropped from being a cast member to a friend of the cast. He wanted nothing to do with the show. He commenced shooting only after talks were made to change their decision of demoting his status.

However, the show never reverted their decision, and furthermore, there were rumors about one cast member being kicked off the show. With the recent happenings, Jordan knew that it was going to be him and thus left before the production was over.

Basically, it was a, “You can’t fire me, I QUIT!!!” moment. Reality TV seems to be just as equally dramatic when the cameras are off, don’t they? However, since Jordan did shoot a lot of footage for season 4 of Summer House, you will likely get to see him in the new season.

Is Jordan Verroi Gay? Overcompensating for What Else?

In today’s society, which is more gender fluid than a past time, you never really can’t put a pin on one’s background. So, people like Jordan Verroi had us on the ropes when it comes to his sexual orientation.

Jordan’s Summer House co-star, Lindsay Hubbard, thought of him as a womanizer, and from his stories of seducing multiple women, sometimes on the same night, we can’t help think any differently. Jordan did later reveal it to be false, but we don’t know if that makes him sound any less of a douche.

Could Jordan Verroi’s make-out session with Danielle Olivera being the closest thing he had to a dating life with a girlfriend, mean that he is gay? We don’t think it is enough to draw that conclusion, but we have to give it a thought.

However, even when Jordan was all boasts about his sexual conquests, people could not help but think he was overcompensating something. Many fans were also quick to notice some of his flamboyant behavior, and all these signs were pointing out that Jordan Verroi was gay.

Even Summer House star Hannah Berner was not able to understand if Jordan was gay or not in a phone interview.

Caption: Hannah Berner’s understanding of whether or not Jordan Verroi is gay or not

However, we got the truth out of Verroi only later on. He was overcompensating but not because he was gay but because he had Erectile Dysfunction. We can also see Carl Radke asking Jordan about his Erectile Dysfunction in the season 4 trailer. However, his co-stars did not seem to believe Jordan as he has been outlandish with some lies in the past.

Furthermore, if people still need convincing, Jordan Verroi, well aware of his gay rumors, has come forth to address them in public. He wrote the following post on Twitter condoning people for assuming his sexual orientation on the basis of his preferences and behavior.

As much as one may love Jordan Verroi, we doubt you know him any more than as a TV personality from Summer House. Well, he only began in 2018 and now that he has quit the show, what really do you know about him?

We will have you know that Jordan Verroi is the Founder of CapGenius, an app that helps you search for trending and relevant caption for your social media posts. He founded the company in 2016 after leaving his previous work as a corporate recruiter in Insight Global, also leaving behind their handsome salary of around $500,000.

He also has a long history of working in social media platforms in positions requiring counseling and advising. The reality star is an advisor for Element as Pangea apps since January 2019. Verroi was also the market manager of Sir Kensington’s Southern Region, a company currently acquired by Unilever for about a year. He was also in Client Relationships for the Betches Media for almost two years.

All of Jordan Verroi’s career must result in grand net worth, especially putting his salary from his TV career to the equation. His net worth may even be in millions, but we don’t know since it remains under review. However, for the young entrepreneur who was already featured in CEO Magazine, a massive net worth seems to be a given.

Not much is known about Jordan Verroi’s early life or bio. We know he celebrated his birthday on April 19 last season, but that can’t certainly be his real birthdate. In the absence of his birthday, we don’t have any idea about his age as well. But we estimate he is in his early to mid-30s

Jordan Verroi is a bit of a controversial character in the show because of some of his actions. In season 3, too, people pointed out Verroi’s aggressive and short-tempered behaviors. In addressing the cause of it, Jordan also told us a lot about his personal problems. Jordan Verroi’s father was diagnosed with cancer, and his grandparents also became sick.

So, to deal with those two tragic and emotional happenings while also working on the show as well as his other ventures brought him a lot of anxiety. So perhaps it is a good thing that now he leaves the show. Now he can have more time focusing on the remainder of his career and taking care of his father and grandparents.