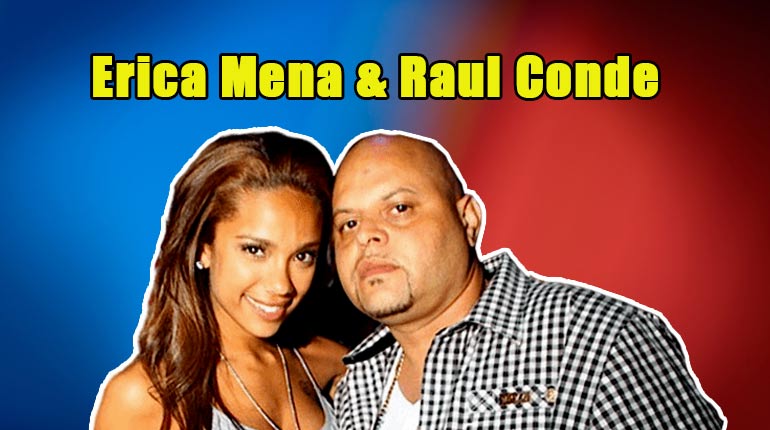 People are swift to judge married couples who split or divorce and blame them for not caring about their children. Divorces can be hard on children, but it is no excuse to keep being married and open your children to a toxic, unhealthy relationship between parents as well.

Speaking of toxic relationships, there couldn’t have been a more disruptive one than the one which led to the divorce of rapper Raul Conde and Love & Hip Hop star Erica Mena.

Currently, Erica Mena is pregnant and soon to give birth to her first child with rapper husband, Safaree Samuels. However, many people may have already forgotten her relationship with another rapper, Raul Conde.

Raul Conde used to be part of the rap group ‘Terror Squad’ along with Fat Joe. It is unclear at what point their dating and married life began, but they had one son together, King Conde born on March 1, 2007.

According to Erica Mena, it was an abusive relationship where her ex-husband will often abuse her. However, she kept continuing the relationship in suffering for the sake of their son and the love they once had.

As expected, though, their relationship will come crumbling down. The ending point may even have been caught on camera on a viral video from 2011. In the video, Raul Conde and Erica Mena can be seen in a physical altercation. Erica had all she could suffer and fought back in public. She can be seen hitting, kicking, and even tearing off Raul’s clothes as they exchange swears with each other.

Making Peace with Ex-Husband for Son

After an altercation like that which was followed years after an abusive relationship, you would expect them to not even come to terms. However, Erica Mena had us surprised when she posted a picture of her and Raul Conde on Facebook with a caption: “Kings Parents! The war has ended.” It was enough for us to understand that love for her son was more significant than her animosity for her ex.

You would think that someone who would reconnect with their abusive ex just for the sake of their children would be an epitome of a mother. But, there are people out there who would hate on others no matter what they do. Maybe they were completely unaware of this information or just didn’t like Erica Mena enough to start rumors about her being a bad mother. Perhaps, they are not even aware that she has full custody of her son and has raised him pretty well.

Caption: It is clear that Erica Mena is a good mother

We got to see this first-hand when Love & Hip Hop’s official Twitter page reported about Erica Mena’s pregnancy. Many fans had only cheers and well-wishes for the soon to be a parent, but some people thought something else. One of them was bold enough to make this comment;

“Soooo….are we gonna just not talk about the first kid she had and gave to her Mama to raise or….???”

Soooo….are we gonna just not talk about the first kid she had and gave to her Mama to raise or….???

Little did these people know that Erica Mena was not just going to sit around and take BS like this. So, she retweeted this comment saying, “You ignorant species love discussing a kid who lives an incredibly happy life.” She continued, “Making up rumors about his life just to have some BS to talk about. I feel so sorry for how pathetic you are.”

A Happy Family Life to Look Forward to

Erica should not even be replying to people like this. Negativity can be bad for her pregnancy. Yes, she is pregnant and could any moment pop out her second child, and the first baby with boyfriend turned husband, Safaree.

Safaree is a 38-year-old Jamaican rapper who got engaged to the 32-year-old reality star on December 24, 2018, after months of dating. They announced their pregnancy on October 1, 2019, and since then have been on a rampage of posting stunning or adorable couple/pregnancy pics. They are giving us Kim-Kanye vibes, and we can’t wait for them to welcome their new child into this world.

Years later, she will be popular enough to make it to the main cast. She was also the main cast of ‘Love & Hip Hop: Atlanta’ is the series’ 2018 season. Erica Mena has a net worth of 350,000 dollars thanks to her career.

Mena was born as Erica Jasmin Mena Samuels on November 8, 1987, in the Bronx, New York City, New York. Before Safaree and Raul Conde, she dated another artist from the music industry as well, who was Bow Wow. Even that relationship was not very healthy as in 2019, Erica revealed that Bow Wow had threatened to disclose private pictures and videos of her.

Caption: Erica Mena reveals her relationship with Bow Wow and how it ended