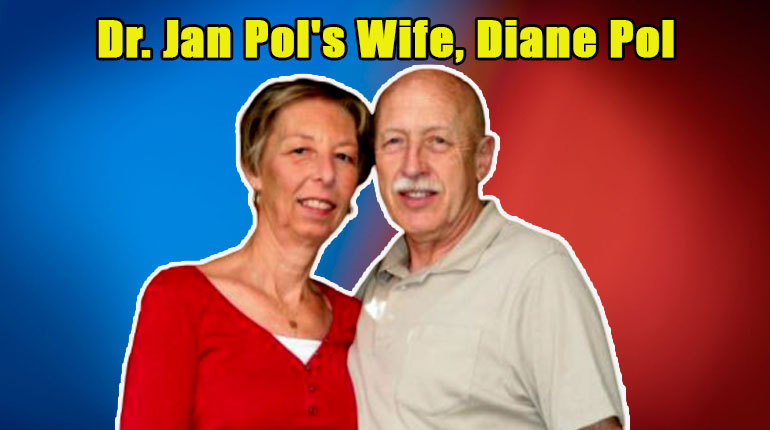 Dr. Jan Pol is the center of his hit reality documentary series ‘The Incredible Dr. Pol.’ If we consider other cast members who make the show so great, we will likely think about former cast member Dr. Emily Thomas or Dr. Brenda Grettenberger. However, unannounced to most viewers, one of the most important cast members in the show are not doctors. She is none other than Dr. Pol’s wife, Diane Pol.

Diane Pol was born on February 6, 1944, in Mayville, Michigan. She is American by nationality but also has Asian ethnicity. She graduated from the Mayville Community High School, where she would meet her husband. Diane also graduated from Michigan State University with a Master’s Degree in Special Reading.

Diane Pol had a career in teaching before she and her husband began their own veterinary practice. Their practice, which by the way, began from the corner of their garage slowly became a double-wide trailer space they bought next door. It took years for Diane Pol and her Husband to build the Pol Veterinary Services clinic we see today on the show.

Dr. Jan Pol is the choice of over 20,000 clients in his more than 20 years of career, and his wife, Diane Pol, has been right there beside his side through it all. She is not just his wife and a life partner but also his business partner. That certainly makes it exciting to know Diane Pol’s net worth, doesn’t it?

How Diane Pol met her Husband?

Like we already said, Diane Pol met her husband back when he came to study at her high school as an exchange student from the Netherlands. It was her senior year in 1961 in the Maryville High School that she would meet Jan Harm Pol. They would fall in love, which would remain strong even as Dr. Pol went back to his home country Netherlands to complete his education.

It didn’t take him long to call his high school sweetheart and ask her to come to the Netherlands to meet his family. Her husband initially even had plans to go all the way to New Zeland to start his practice but changed the decision to his wife’s home state Michigan, USA, despite people telling him in his high school days that it would be a challenge.

Diane Pol married Jan Ham Pol in 1967. So they share a marriage anniversary of around 53 years. We might not know a lot about their married life, but if it can outlast for over half a century, it must really be something. In their married life, they have altogether three children who are; Charles Pol, Diane Louise Pol, and Kathy Pol.

You may already know their son Charles Pol very well. He is the executive producer of the show and the one to pitch the idea about making the show of his dad’s clinic. Their daughter Kathy is also in the medical field as she is a phlebotomist while their other daughter Diane Jr’s whereabouts are a mystery.