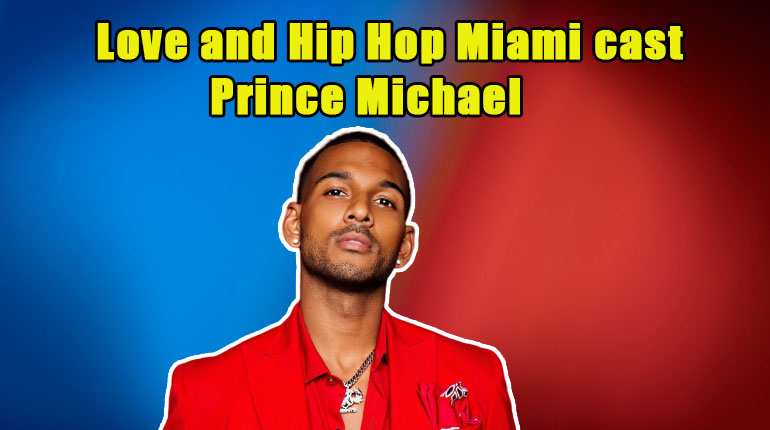 It’s 2020, and we believe everybody should be themselves, especially in terms of sexuality. While we support encouraging people to embrace their sexuality, we certainly can’t help people who already know who they are. We are talking about Prince Michael from Love and Hip Hop Miami, who, despite his confirming that he is not gay time and again, is in constant talks and rumors of being gay.

Here are all the reasons why Prince is not gay to finally end all the confusion once and for all.

Because He Said So

We don’t know why there are even arguments about this after Prince himself said it himself. In January 2019, Heavy wrote an entire story about it after the season 2 saw some cast members discussing Prince’s sexuality. But we do not have to go that far to view it. Prince regularly has to defend himself from people claiming that he is gay.

This Tweet of Prince below, he says he is neither gay nor bisexual, nor has he been curious.

Some people are not just stating facts but either write homophobic or downright hateful things on top of calling Prince Gay. Here are some moments when Prince fought back with such people.

Because He was has been Saying it for Years

Heavy was reporting one of his interviews from January 2018 with Miami Herald. So, Prince has been saying it for a long time but not that long when he might lie due to an ignorant society.

Looking at the number of people calling him gay, some being homophobic and Prince alone defending himself is tiring even for us to watch. We wonder how exhausting it must be for him. 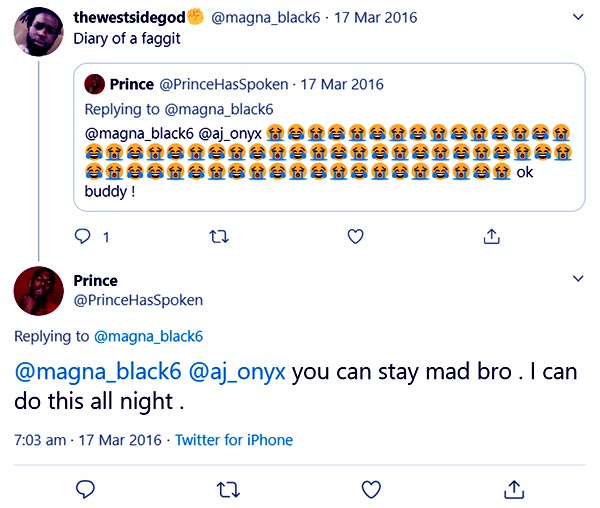 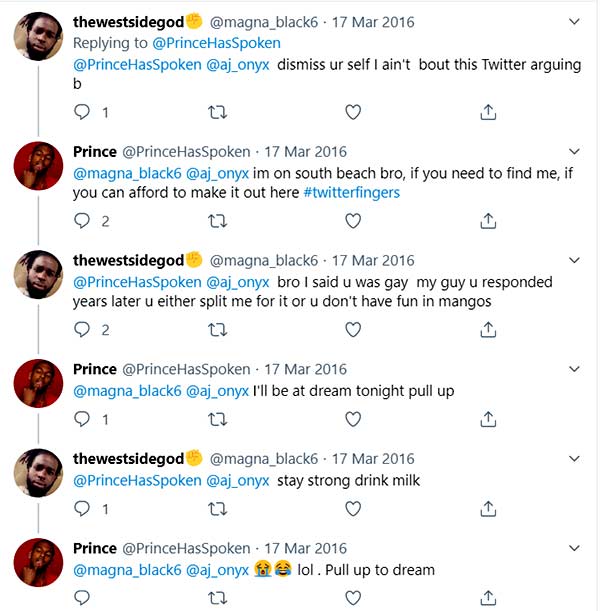 He understands he has Misleading Mannerisms and Lifestyle

Prince, unlike many other celebrities facing the same dilemma, has addressed it pretty well in detail.

He said, being well aware because he had to deal with this stigma his whole life, especially as a black man. There is nothing more disheartening than being a target of your own community, but Prince wanted them to know,

“If they knew the level of women that I deal with, their mind would be blown.”

Michael has not been seen doing anything in the show ‘Love & Hip Hop Miami’ despite the story having some homosexual storylines. Not just the women but even men like Bobby Lites, JT, and Malik Williams had their fair share of raunchy scenes.

Prince addressed them in another 2018 interview with the Grio saying, “Well, Love & Hip Hop: Hollywood had some type of homosexual storyline. I’m really good friends with Bobby. That’s my homie. It doesn’t make me cringe, but I will say this, it is very strong, even for me. I was surprised by how raunchy it gets,”

But in the end, he thinks that since it was 2018 back then, people should be less judgmental of such things even if it is between heterosexuals.

Rumors and Behind-the-Back Talk has been Scarring for Prince

We often don’t write this type of article, but we really feel for Prince. In the interview, he confessed to having dealt with similar rumors and talks about him being gay since he was in the 4th grade.

As of how he felt through all this, Prince said,

So, come on guys regardless of what you think and what we think, can’t we give the guy some space. Even if Prince in really gay, he will come out when he is ready, but as of now, he is sure where he stands on his sexuality.

Well, if Prince is gay, we certainly would not believe it by seeing any one of his music videos. You can check it out for yourself in his more recent music videos of Prince or rather Papii Sham Poo called ‘Side Piece’ or ‘Pretty Little Thing’ where he gets pretty intimate with some ladies. Of course, it is not just music videos. We have seen him with numerous girlfriends in the past in LHHM.

Of course, it is not just music videos. We have seen him with numerous girlfriends in the past in LHHM. He had a fling with Gabby Davis, but that ended quickly. The 30-year-old was also dating Liz Cifuentes in LHHM, which ended pretty badly.

While many like to state the fact that Prince having too many female friends is a sign that he is gay, we like to think it from a completely different angle. While anything, it may be proof that he is a ladies man. Just check out one of his pictures on social media with women all around him. What part of the photo below looks like he just has a friend’s night out?

It Goes Against Being Gender Fluid

Since at least half of the people who keep claiming that Prince is gay do not seem to do it out of spite, we have to say it. Some even look like they just want to help him to embrace his sexuality simply. To those people, we would like to request that they are not supporting him in any way. Instead, they are just demoting gender-fluid ideology. To call him gay, solely for the way he dresses, acts, and behaves is not helping him accept his sexuality in any way.

No Shade u cant convince me Prince out here sleeping with any WOMEN. #LHHMIA

Prince does not have time for this BS

Frankly, Neither Prince nor we have time for this never-ending unfruitful battle. The self-proclaimed Fresh Prince of Southern Beach is too busy focusing on his career. He is not letting trolls affect his behavior and lifestyle. He learned a long time ago to be who he wants, and that is precisely what he is doing. He has been producing some great music lately, which you can listen to it in Youtube.

We have already talked a little about Prince Michael’s rough past due to struggles from his sexuality. However, it was worse than what you would think. Born on September 30, 1989, in Miami, Florida, his real name is Christopher Michael Harty

Harty was a problem child whose deviant actions would land him in a juvenile home for over two years. He was also arrested multiple times from 2010 to 2013 for charges of theft, disorderly conduct, and resisting arrest.

It is excellent news that he somehow found himself in the right track as a musician and a cast of ‘Love & Hip Hop: Miami’ since 2018. We want Michael to know that we see him grinding and hope he reaches even further heights as a TV star and musician.