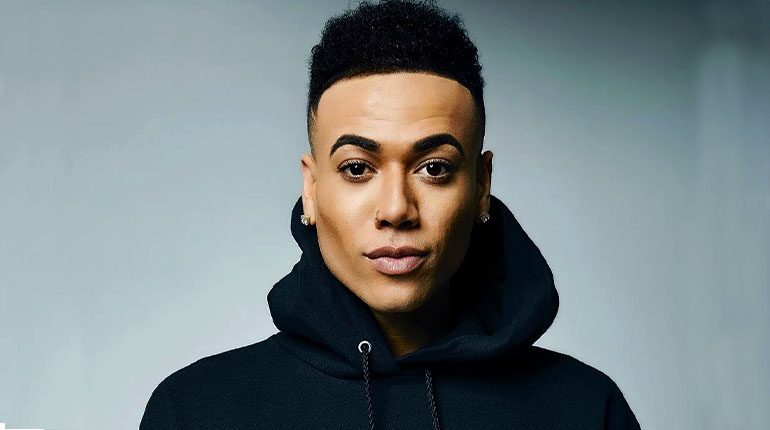 Award shows nowadays give birth to a lot of funny or weird videos of all kinds. With thousands of cameras revolving around the event, it is hard for even the most graceful celebrities to commit to funny, weird, or wrong reactions accidentally.

I mean who could forget Tom Hanks’ reaction from this year’s Golden Globe.

Why should musical award shows like the VMA’s be any different? One underrated gem of a moment happened between ‘Love & Hip Hop: Miami‘ star Bobby Lytes and record-breaking rapper Lil Nas X. Here is their entire relationship in detail, along with Bobby Lytes Dating and Boyfriend History.

Bobby Lytes has a Big-time Crush on Lil Nas X

Lytes has had his eyes on Nas for quite some while now. It all started as soon as Lil Nas X came out in public as gay on June 30, 2019. Bobby Lytes posted a picture of Lil Nas X on his Instagram on July 2 with a very suggestive play on the lyrics of Nas’s chart-topping, record-breaking hit ‘Old Town Road.’

“somebody tell Lil NasX I’m tryna riiiiidee till I can’t no more!;” were his exact words.”

Bobby would get an opportunity to meet his crush at the VMA’s, where Nas would go on to win two awards among four other nominations. Social media went crazy when videos caught two moments of Bobby Lytes and Lil Nas’s meeting, and they were both weird, to say the least.

In the second clip, Lytes again comes forward to say something to Nas when he was announced as the winner for one of the awards. Nas casually goes in to hug and shake with Billy Ray Cyrus and other friends but bluntly does not even recognize Bobby’s presence.

Not Lil Nas paying Bobby the dust he deserves!!!! Here for IT!!!! #VMAs https://t.co/yysLbjjIzs

“Lil Nas paying Bobby the dust he deserves” one user wrote while the other shared, “Trina told Bobby Lytes to go get her some popcorn and he ended up over by Lil Nas X. Where is the restraining order?!”

However, that is not the end of the story. Bobby Lytes has continued his crush on the 20-year-old rapper. Despite evidence suggesting otherwise, he went on Supa Cindy’s talk show to dish out his inside relationship with Lil Nas X. According to Bobby,

Who is Bobby Lytes?

Bobby Lytes is no foreign name to fans of ‘Love & Hip Hop: Miami.’ He is a 29-year-old rapper who also happens to star in the show. Lytes from LHHM was born on October 24, 1990, in Miami, Florida. Bobby Lytes has Dominican ethnicity and identifies as gay.

However, in recent interviews and other revelations, he has come forth to say that he actually identifies as Transgender. “Say Hello to Vanity,” he wrote in an Instagram post revealing his fans and followers to his new identity.

Caption: Bobby Lytes reveals he is not gay but transgender

Bobby Lytes is the first cousin to his LHHM co-star Trina Lytes.

Caption: Trina Lytes is the cousin of Bobby Lytes

It hasn’t been that long that Bobby Lytes came into the spotlight. Despite some original fans, most people only know him as an LHHM star from 2018. Many remember his debut correctly because he was the first LGBTQ leading cast member of the reality series. So, we only know of his relationship after that.

In LHHM, he shared a brief dating history with ex-boyfriend Jeffrey White. He broke up with White after finding out that he was having an affair with an ex-boyfriend, Malik. Bobby is good friends with another co-star, Micahel ‘Prince’ Harty.

Prince is often misunderstood to be gay, so there may be rumors that he and Bobby Lytes are dating. However, Prince is straight, and thus, they are only good friends. Even their friendship has grown flimsy after he criticized Price on his relationship with ex-girlfriend Liz.

Bobby Lytes is a rapper who burst into the rapping scene in 2014 with single ‘Make Some Money’ and doe numerous shows and events. He was also a model having made appearances in Complex Magazine in 2012. He would also go on to walk the ramp in New York Fashion Week in 2019.

But despite it all, Love & Hip Hop: Miami is what made him most famous and thus, must also make up much for his tremendous net worth. His Co-star Joseline Hernandez makes a whopping salary of $400,000 a season, and we expect nothing less of him too.

His net worth can be put at an estimated $500,000. Bobby Lytes did release an entire music video on making money; he surely must know a thing or two about it. What do you think? Isn’t Bobby Lytes one of the best characters on Love & Hip Hop: Miami.