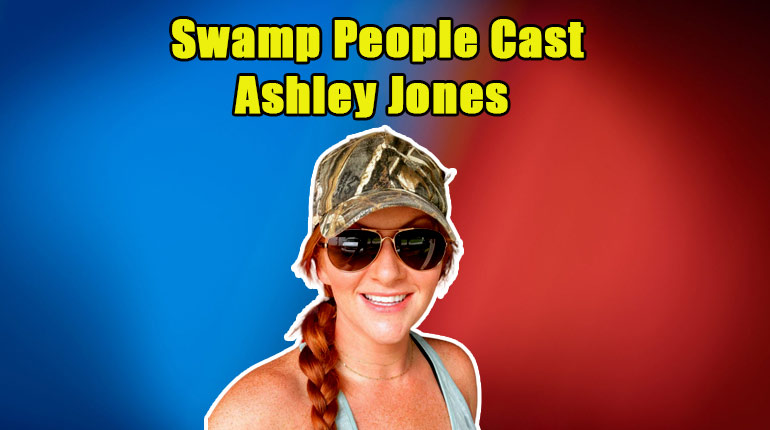 Most people have the wrong impression of fame and popularity while being in reality television shows. It’s not about fame, but rather it’s all about the impressive personalities that make a person genuinely known to the viewers.

Ashley Jones proved herself to be an essential asset on History Channel’s Swamp People, and she is worth the attention as well. Her story is an inspiration to most of the women who have gone through hard times in their lives.

From having a miscarriage to fighting her depression, here are some fascinating things about Ashley Jones’ married life and children. Also, find out about her net worth, career, and many more. So, let’s begin with a brief introduction!

Who is Ashley Jones? Life besides Swamp People

Ashley Brumfield Jones was born on November 25. Her actual birth date is still under wraps, but she is believed to be in her mid-30s as of 2020. As of her bio, Ashley’s zodiac sign is Sagittarius. She belongs to Caucasian ethnicity and holds an American nationality.

She was born to Cindy (mother), while the details about her father and other family members are not available. Apart from her role in Swamp People, there is nothing more about Jones and her personal life. She is a mother who has a passion for hunting, so let’s find out everything about Ashley in the article below.

Ashley ‘Deadeye’ Jones joined the cast of Swamp People in 2018

Ashley Jones began her adventure in the swamps of South Louisiana, not so long ago. Unlike any other actors of Swamp People, she recently polished her hunting skills after a long battle with depression.

It’s only been a couple of years that she honed her skills in hunting wild beasts and animals. The majority of stars who got their talents from their family trait is more, but Ashley isn’t among them. So, despite her lack of experience in the field, she featured in Swamp People back in 2018 along with her fellow hunters.

She demonstrated some impressive skills while hunting for alligators in the swamps. Since then, Jones’ featured in over 170 episodes on the History Channel. Before joining the cast, she was only a regular mom with a knack for hunting deer.

It was her husband, Chad Jones, who motivated her to practice hunting. The day Chad taught her to catch her first deer, was the day that changed her entire life for good. Now, do you want to know the secret behind her recruitment in Swamp People?

Ashley had her big break with a lottery for a gator tag. She was friends with Ronnie Adam before joining the show, and one fateful day, Ronnie was impressed with her wild hunting skills. Ronnie knew that the production company of the show was searching for more hunters in their new season.

So, when Adams witnessed her in action for the first time, he recommended Ashley on Swamp People. Later, both Jones and Adams featured in the season openings in September of 2018. Since then, she is an active member of the television series and has a huge fan base of herself. Her consistent work and a right eye for lining her targets earned her the nickname ‘Dead Eye.’

Ashley Jones husband Chad Jones: She is the mother of 3

Ashley Jones married her husband, Chad Jones, and they have been together for over a decade. Chad is a regular hunter and also a practicing lawyer. The couple has a total of three children together: two sons and a daughter. However, the details about their wedding and personal life are still under wraps.

Ashley Jones had a Miscarriage & Her Battle with Depression

We would never want even our worst enemies to struggle with a miscarriage in their life. One can only imagine the loss of your little one before stepping out in this world.

Ashley Jones went through a similar fate a while back. She went through depression for almost three long months because of her horrible loss, which she spoke out in 2014. She felt completely dead inside, and she didn’t have any reason to live, or at least she thought so at the moment.

“It was like I was dead inside. It was like just going through the motions of life without getting anything back from it. It was a hormonal imbalance, and that’s normal, but I didn’t have anything I was passionate about to fall back on.”

She had no desire to go out or do anything else, which is why Chad took her out on his hunting trips. Then, she slowly began to explore life in more than one way and got herself out of depression. She discovered and cherished her newfound talent, which made her the person she is today.

How much is Ashley Jones Net Worth?

Ashley Jones joined the cast of Swamp People in late 2018, so there is nothing much to say about her net worth. Before her big stint, she was just a regular mother having a proper husband.

She is still working hard on the show to make a reputation out of her career. Her primary source of income includes her profession as a professional hunter and also from being the cast of Swamp People.

Ashley’s net worth is not significant, but it’s enough to suffice daily life with her family. Her net worth is $50,000 as of 2020. However, if she continues her outstanding run in the show, this could change, adding more to her fortunes.