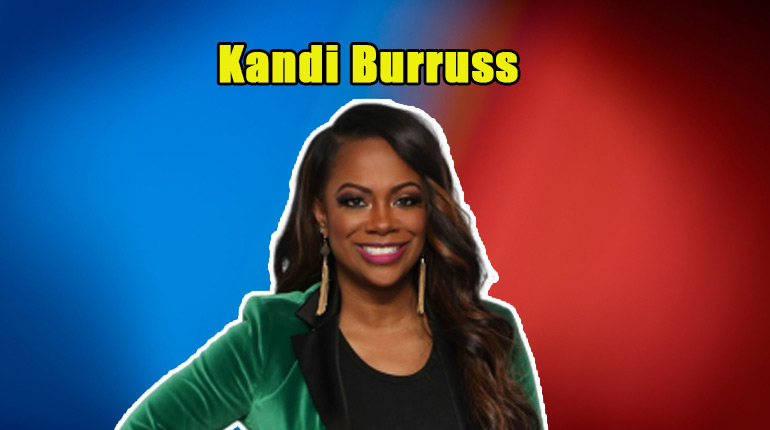 Kandi Burruss is the lady who has been under the limelight since the age of 15, singing in front of the whole country. She won a Grammy award at just the age of 24 and right now owns five businesses. When you are exposed to fame at such a young age, it is easy to lose it from all the pressure of the changing times.

Hopefully, Burrus was able to maintain her celebrity stardom. While for many celebrities being a wife and mother means the end of their career, for her, it was a change in her career. It was through her debut as one of the biggest reality stars as one of the Real Housewives of Atlanta cast.

As successful as she is, she still keeps herself busy by booking herself for shows, attending/running events, and she has her job as a mother and a wife along with the role of the RHOA.

Who is Kandi Burruss?

Kandi Bruss is most famous as the cast of the reality TV show Real Housewives of Atlanta right now, but peoples from the 90’s know she is more than that.

She was a singer of the band Xscape, which was formed in 1992, and with that group, she stepped into the spotlight for the first time in 1993 in BET channels show ‘Teen summit.’ Within a year of her appearance on the show, they had released their first album Hummin’ comin’ at ‘cha, which was platinum certified within a year.

She won a Grammy in the year 2000 for the song No Scrub, which she wrote for TLC at the age of 24. She has written songs and worked with many famous artists like Whitney Houston, Destiny’s Child, Pink, Mariah Carey, Alicia Keys, etc.

Kandi Burruss went to Tri-Cities High School at East Point, Georgia, the USA, from where she graduated high school in 1994. That is where she met her bandmates, LaTocha and Tamika Scott, the sisters and Tameka “Tiny” Cottle.

They formed the band in 1992 and just the next year, performed in front of the national crowd on the TV show Teen Summit on the Bet channel. This sent her singing career in an upward spiral.

Within a year of their public appearance, they released their first album Hummin’ Comin’ at ‘cha, which was platinum certified within a year. They released three albums, which are all platinum certified with multiple hits like Feels so good and the arms of the one who loves you. With their first album, they ranked 17 on the Billboard and 3rd on the R&B Billboard, which was a great success and helped solidify her career in music.

In 1998 the band disbanded, and Kandi started focusing on her solo music career. She was a very economically aware person and saw the volatile nature of the singing career. So, she then focused on songwriting, which earned her a Grammy Award on songwriting for her song No Scrub at the age of 24. She is the first African-American woman to win the ASCAP award and rhythm & Soul Music Award for songwriter of the year 2000.

She was very passionate about music, so she released a solo album in the year 2000, Hey Kandi… With her first single Don’t Think I’m not.

From being an R&B star, she went on to become a reality TV star on the show Real Housewives of Atlanta, appearing for the first time on the show in 2009, replacing Deshawn Snow. Even in the reality TV show, she was loved and became very popular with the fan base. She got multiple spinoffs from the show; her first spinoff was The Kandi Factory.

What is Kandi Burruss Net Worth?

Kandi Burruss, being an economically aware woman, has made some big bucks throughout her life. She is currently estimated to be sitting on $35 million net worth. She owns five businesses and is active in philanthropy and women empowerment. The businesses that she owns are varying as she dabbles in multiple fields.

Kandi owns a comfort food restaurant with the name Old Lady gang in which she tripled the real estate in just a year. She actively advertises the restaurant on her social media accounts with the hashtag #oldladygang.

Kandi also owns a clothing line called Tag boutiques. On this platform, she emphasizes on the freedom to choose their own apparel and supports unique body unique clothing concept. She doesn’t seem to be a fan of one size fits all concept.

Other businesses she owns are Kandi Koated Cosmetics, Raising Ace, and Bedroom Kandi. All three businesses are pretty successful and contribute to her huge net worth.

Raising Ace is a kid’s necessities business. She planned for this business while she raised her son Ace Wells Tucker. She donates some part of what she makes through Raising Ace for the underprivileged families.

Kandi Koated Cosmetics is a cosmetic lineup that she herself uses and flaunts in her social media. And Bedroom Kandi is the sex toy lineup she owns. She has partners in businesses like Bedroom Kandi and Tag Boutique.

And she makes $450k per season of Real Housewives of Atlanta as a cast, which she has been a part of for six seasons. Her husband has about $1 Million in net worth. So, she is a millionaire through and through.

Kandi Burruss was in relation to Russel Block Spencer back in the early 2000s with whom she had her first child Riley Burruss on 22nd August 2002. But Russel Block Spencer later ghosted from the life of Kandi and their daughter completely. Kandi Raised Riley as a single mother.

Later in 2008, she started dating Ashley “AJ” Jewell, Jewell later died on October 2009 due to a head injury sustained on a brawl. This was very hard on both Kandi and Riley. But to Riley, Jewell was the dad she never had, and she was very sad over losing her dad. 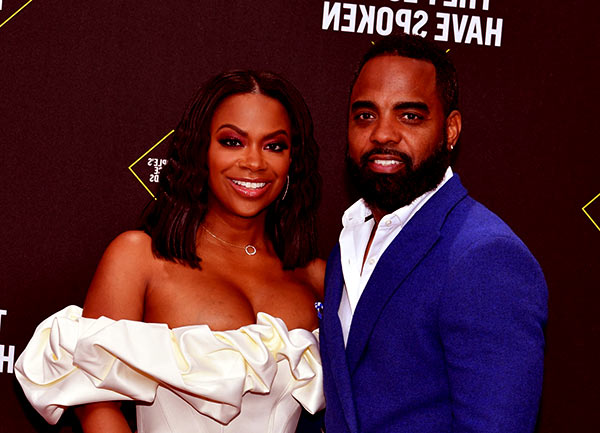 Kandi is still married to Todd, and they seem very happy with their family of 5. Kandi and her daughter Riley Burruss, Todd, and his daughter Kaela Tucker and Kandi and Todd’s son Ace Wells Tucker. They might be one of the most controversial couples, but nothing seems to break their bond and are living happily.

Riley grew up with only having a mother. But that might have become the reason for the strength of the bond between Kandi and Riley. Kandi is very supportive of her kids and has raised Riley with utmost care. The mother-daughter is like the best of friends.

It helped that Kandi is an open-minded, modern woman, so they got along better. Rather than an authority figure, Kandi became the father, mother, and friend all in one, which Riley needed very much.

Kandi was very supportive of Riley when she decided to lose weight. ‘She did it the right way by working out five days a week & watching her calorie intake,’ Kandi said on an Instagram post where she talked about how proud she is, which got a lot of ‘likes.’ Riley had lost 52lbs on said post. Riley is currently helping others lose weight, motivating them, and being a good example.

After losing over 50 lbs, she has followed a healthier lifestyle and “started a movement to motivate others.” Riley is currently 17 years old, a foodie, and loves sushi. She has a song Better Late than Never, which was first played in Real Housewives of Atlanta. Riley is very active on her social media, Instagram mostly where she has over 700k followers.

Ace is still young, just three years of age, and is living a pretty normal 3-year-old life. He has an Instagram id where Kandi seems to post a lot of pictures of Ace and herself enjoying the everyday life and the fun of being a 3-year-old and with a 3-year-old. A very fashion-conscious and suave three years old, with the help of his mother and sisters. And this 3-year-old has over 420k followers on Instagram.

Kandi was born to father Titus Burruss and mother, Joyce Jones. A complete family of African-American ethnicity. Kandi was born on 17th May 1976 at college park, Georgia, USA. She had an older brother, Patrick Burruss, who unfortunately died in a car crash in 1991 at the age of 22.