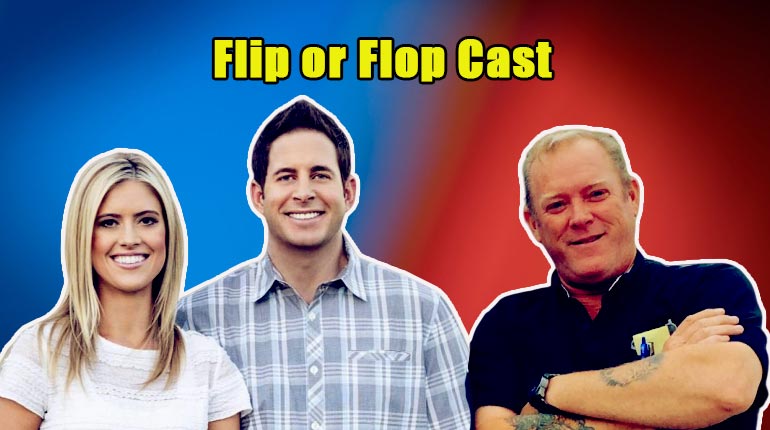 The formerly married couple, Christina and Tarek’s personal life, attracts millions of viewers. They are very passionate about their work, and that turns houses into homes. The show premiered in 2013 on HGTV. Season eight of Flip or Flop finale episode aired on December 12, 2019.

Here’s what you need to know everything about the Flip or Flop‘s cast net worth, dating, married, and more. Will the next season of Flip or Flop continue on HGTV? Read on below to get to know more.

Christina Anstead is formerly known as Christina El Moussa, the ex-wife of the HGTV’s Flip or Flop co-host, Tarek El Moussa. She is an America real estate investor and TV personality who has been working with Tarek to find ad renovates homes.

Christina Meursinge Haack, 36, was born in Orange County, California, and has a sister named Carly. She rose to fame after she and then-husband Tarek worked appeared o HGTV with their show ‘Flip Flop.’ On the show, they bought the properties and spent several weeks making upgrades, so they flipped the houses for a profit.

Christina handles the designs of the new houses and keeps everything on schedule. Also, she writes for Zillow, sharing house renovation tips. The reality star makes a handful of salary from the show that added to her net worth. Christina Anstead’s net worth is said to be approximately $12 million. In the beginning of the show, the former couple earned $10,000 per episode. They made a total of $130,000 per season.

Tarek El Moussa has made headlines during the divorce with his ex-wife Christina. Despite the divorce, the two are working together on HGTV’s show “Flip or Flop” from which they earn hefty money.

Tarek El Moussa is a host on ‘Flip or Flop’ and also a real estate agent. By age 21, he received his real estate license and made his name y himself in Orange County. The 38 years old Tarek is of Moroccan and European ancestry. He has sold multi-million dollar mansions, such as hotcakes.

Both Tarek and Christina rose to fame after they signed with HGTV in 2012 and ran their own show ‘Flip or Flop.’ Through their house flipping business, they made a significant fortune. Before the fame, they ran their own business. In 2008, after the housing market crash, the former couple moved out to their lush house that cost $6,000 per month to a small apartment that cost $700 per month.

Before their divorce, the couple had a combined net worth of $4 million. As of now, Tarek El Moussa has a net worth of $10 million. Currently, Tarek and Christina earn $50,000 per episode.

Following their divorce, El Moussa bought a 3,010 square foot home in Costa Mesa, California, for $2.28 million. Also, he bought a Lexus for his nanny on her birthday.

Frank Miller was a contractor for the HGTV show “Flip or Flop,” better known as The Tank. He had been working with Tarek and Christina since the beginning. Frank Miller passed away at an Orange County, Califonia, hospital, in 2017 after battling with laryngeal cancer.

Why Did Christina and Tarek Get Divorce?

HGTV’s Flip or Flop hosts Christina and Tarek separated in 2016 after seven years of marriage. There’s no doubt that the formerly married couple were brought together because of their love of the real state. They met at a real estate office in 2008 and eventually started dating.

In spring 2009, they exchanged vows in Coronado, Island, San Diego. They flipped their marriage and rumored that they have affairs with someone before their public separation announcement.

The couple departed their ways after the incident took place at their Southen California home. Sources claimed that Tarek was suicidal. Later, Tarek said he was never suicidal and went for a hike with a gun so he could protect himself from wild animals. The duo filed a divorce in 2017, and subsequently, their divorce finalized in 2018.

However, they managed to work together on the show. After divorce, the couple film an eight-season of Flip or Flop in 2018.

Tarek El Moussa and Christina have tow children. Their first child, a daughter named Taylor Reese, was born in September 2010. They were blessed with a son, Brayden James, in August 015. Prior to the birth of their son, Christina had a miscarriage in 2014.

Is Christina from Flip or Flop Remarried?

Many fans of the show are eagerly waiting to know whether Christina is married after the divorce or living a single life. Well, the mother of three is married. Before the divorce from Tarek, she started dating English journalist At Anstead in November 2017.

After dating Ant for more than a year, the couple walked down the aisle on December 22nd, 2018, at their Newport Beach, California home. Then she officially changed her name to Christina Anstead.

On December 22nd, 2019, the couple together celebrated their first anniversary. Mrs. Anstead shared a wedding video on her Instagram and gushed about her husband with a lengthy statement.

Her husband Ant Anstead was married to his ex-wife Louise Anstead with whom he has two children, a daughter, Amelie, and a son named Archie.

The host of Flip o Flop Christina is a mother of three children. Christina has two children with Tarek. After getting married to her current husband, Ant, Christina announced that she was pregnant with their first child back in August 2018 via Instagram. She even shared a photo of the two, holding an ultrasound picture.

Christina gave birth to their first son, Hudson London Anstead, on September 6, 2019. Her third child is now four-month-old. The reality star fills her Instagram with the pictures of her three kids and her husband.

The show renewed for the ninth season in the latest season of the finale — all the new episodes slated to premiere in August 2020. However, HGTV has not released an official trailer of season nine yet. If you wish to check out the latest updates and you can visit on their official site as well.

Flip or Flop Net Worth Table