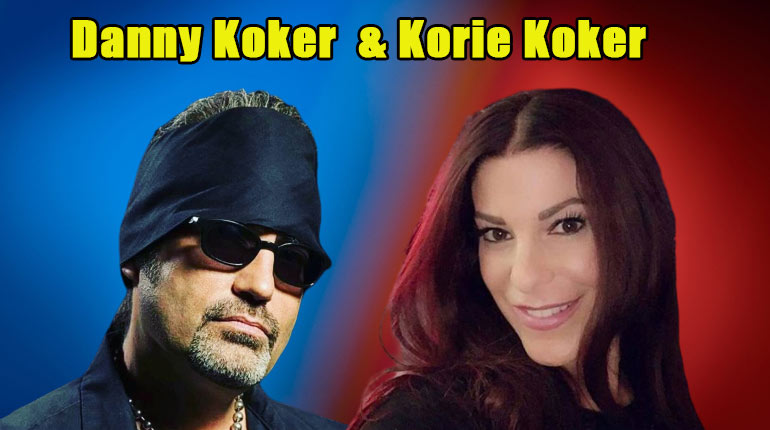 The 60s and 70s were the golden age for American cars no matter what anyone says. A man who couldn’t agree with us anymore is Danny Koker. Everybody knows Danny Koker from the show Counting Cars. A man with a car collection and net worth like Danny Koker is pretty unforgettable. However, today we are also discussing matters of Danny Kokker’s personal life like his wife and children, which is just as important as his net worth and career.

What is Danny Koker’s Net Worth?

Danny Koker became a household name with the show ‘Counting Cars‘ in 2012. Now, with over eight seasons and almost 200 episodes later, Koker is one of the most distinct TV personalities out there in the world of cars. You can currently catch him in the newest season 9 of Counting Cars, where he and his team at the ‘Count’s Kustoms’ are back at it, giving new lives to classic American cars and bikes.

Danny Koker, however, was in the car restoration game a long time before he got his own show. We saw him making his appearance on the original History Channel show, ‘Pawn Stars‘ since 2010. He would have had to gain quite the notoriety to gain the attention of producers and creators to feature him on his own show about car restoration.

Danny Koker’s net worth is approximately $13 million according to 2012 estimations. We have to give props to Danny’s massive net worth since the very start of his TV career, but years into it, with an unbeaten run inevitably means a growth in the figure. We are yet to cross-check the numbers, but Danny Koker’s net worth as of 2020 may be well over $17 million.

We don’t have to keep bragging about Danny Koker’s net worth to highlight its significance. His assets will do all the talking. We do not know Danny’s house or other residential property he uses as a residence, but you know very well about his gigantic establishment where ‘Count’s Kustoms‘ lies. It’s not just one building; however, it is five buildings and the heart of Las Vegas too.

The owner of such a large estate for the matter of only business isn’t impressive enough; the cars he displays inside certainly is. You certainly have seen a few marvelous monsters Danny has decorated around him. We are talking about his exotic car collections, which include some familiar vehicles like Koker’s flaming orange van, 1932 Ford Roadster, and 1956 Chevy Stepside.

However, nothing comes close to Danny’s collection of muscle cars like a 1966 Mustang GT350, 1973 Buick Rivera, 1969 Cadillac, 1968 Dodge Charger, and a 1978 Lincoln, among others. He even has some import cars in his collection but classics, nonetheless, like Lamborghini Countach.

As a loud personality as he is, Danny Koker is not one to speak so openly about his married life. We won’t be surprised if some of you may have thought that he was not even married, but he is. He is married to longtime wife, Korie Koker, the exact details of how long, is a mystery to all though there are reports that they were married in 1991.

If that is true, they are married for almost 30 years. They do not have any children yet, but we know in today’s age that it should not be compulsory for children to come after marriage. Maybe the couple has some personal problems, or it’s just their decision.

Danny Koker’s wife, Korie, is a singer, and she even was in a band which is no longer together. She still loves to sing just like her husband, Danny, who also leads his own group by the name of Count’s 77, which has two successful albums to its name.

The Counting Cars Cast’s wife has a Bachelor’s Degree in Broadcasting and became a digicam operator right out of college. She then became a manufacturing coordinator for Area TV station. You may also have caught up with her presenting for ‘Counting Cars’ talk show, ‘The Counting Attraction.’

Danny Koker was born on January 5, 1964, making him 56 years old. Well, more like 56 years young if we see his heart and personality. He was born in Cleveland, Ohio, but grew up in Detroit, Michigan. Since an early age, Koker knew his way around the cars thanks to his father, who was a Ford Motor Company Executive. He also got his inspiration towards music from his father, who, in his heyday, was familiar with the likes of Foggy River Brothers and The Cathedral Quartet.