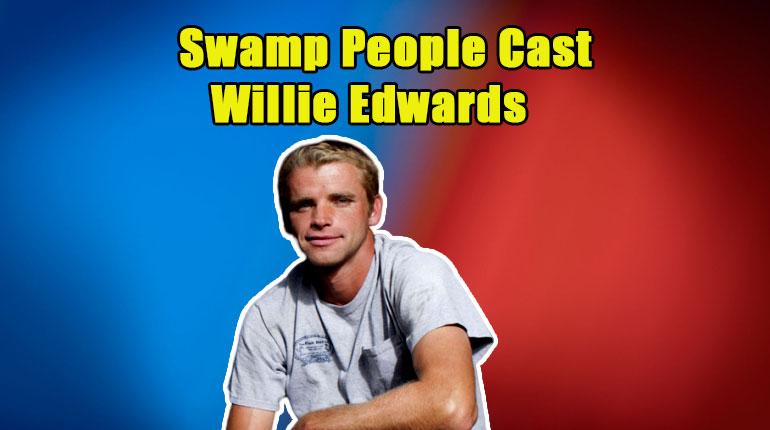 Living the life of a hunter is in no way an easy thing to do, especially when you deal with creatures like alligators in the swamp. Many people have proved themselves to be worthy of the name, and Willie Edwards is undoubtedly among them.

Willie is a famous hunter and television personality in a reality series, Swamp People. He is an Alligator Hunter with his incredible gator trapping talents and a Commercial Fisherman.

From his brother’s unfortunate demise to his outstanding hunting career, here are some fantastic things about Willie Edwards’ death rumors, married life, and children. Also, find out about his net worth, family, and many more.

Let’s being with his brief introduction.

Who Is Willie Edwards? Know About His Bio & Family

Willie Edwards grew up in Bayou Sorrel, Louisiana, alongside his younger brother, Randy Edwards (1983-2018). He was born to Junior Edwards (father) and Theresa Edwards (mother). He belongs to white ethnic culture having an American nationality.

Willie and Randy spent most of their childhood fishing and hunting together. The two brothers followed their father’s footsteps, who is a great gator hunter himself. All those years of hard work and dedication in the hunting field made him the person he is today.

He had the responsibility to carry out his family trait, as of which he managed to make his passion as his career.

Willie Edwards Stepping Up In His Father’s Shoes

Willie Edwards has probably made his father proud by carrying on the family profession. Most of you might know him from the History Channel’s reality show, Swamp People.

He made his debut in August of 2010 while making quite the impression among the viewers. It took him almost no time to adjust in the television series. Willie and his father, Junior, featured together in the show while his mother, Theresa, often made a guest appearance.

The fans loved seeing the family duo working together as a team. They have hunted a considerable amount of these dangerous beasts throughout their long hunting seasons.

The father-son duo worked together till the sixth season when Junior made his decision to depart from the television show. Despite having made his name, Willie prefers to hunt all alone. He probably likes peace, so he prefers to keep it down during his hunts.

Willie Edwards Death Rumors: Is He Dead Or Alive?

There were rumors that Willie Edwards was dead at a time. However, the sources just had some big misunderstanding for the person who passed away was Willie Edward Jr. Having a similar name was the only reason for these rumors.

Amidst all the controversies and rumors, Willie is all alive and doing fine as a hunter at the moment. It was his brother who met his grim fate, not Willie.

Willie Edwards married his long-time girlfriend, Sherrie Edwards. The exact details about their wedding are still under wraps, but it has been some time that the two have been together.

The couple has a total of three children together: two boys named Landon & William IV and a daughter named Michaela Edwards.

Willie is a proud father who taught his two sons to hunt from a very young age. He has taught them fishing just like his father did before. Besides catching fishes, the two boys have learned to catch turtles and snakes, but it might take them a bit longer to gather experience from their hunts.

How Much Does Willie Edwards Make From Swamp People?

Willie Edwards has gathered a massive fortune over the years. His main primary source of income includes his profession as a commercial fisherman and a television star from Swamp People.

His net worth is an outstanding figure of $500,000 as of 2020. However, his annual salary from the show is still under wraps. Willie earns a tremendous amount of money from hunting like crabs, crawfish, bullfrogs, wild deer, and many more.

Also, Willie has his website where you can find his adventures in the swap world.

Social Media Updates; What is Willie Edwards up to now?

Willie Edwards tends to keep his personal life away from social media. However, he is available on Facebook and Twitter. He likes to share his own experience in the field while keeping his status away from the limelight.

Recently, he shared a picture on Facebook with his son on top of an alligator. Willie and Willie Jr. featured on Swamp People together, so take a look.