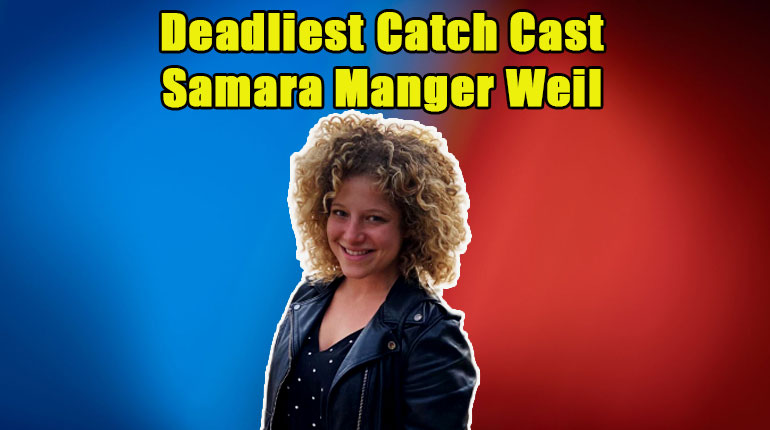 This year has not become any easier, the worldwide are facing the pandemic COVID-19, and people lost their family, friends, and loved ones. Additionally, season sixteen of Deadliest Catch has one of the most turbulent that the viewers have seen in years.

Having heard about the great loss, her family and loved ones passed through pains and mourned the unexpected passing of beloved. So, who was Samara Manger Weil? How old was she at the time of death? Stay till the end to know about her wiki bio facts.

Samara Manger Weil was a TV producer as well as a writer. She was the production Manager of the Deadliest Catch of Season 15. She was born on December 15, 1991, and raised in Los Angeles.

Sadly, Samara passed away on May 23, 2020, at the age of 28. Online sources revealed that she died after an accident. However, the actual reason for her death has not been public yet. As the death news public on the media, people took to social media to the paid tribute.

Max Ehrich, from The Young and the Restless, took to his Instagram to reveal a devastating loss. Max Ehrich posted a throwback photo of him with late Samara and wrote a lengthy caption.

He wrote, “This past weekend, I lost a dear friend (Samara Manger Weil) whom I went Performing arts high Schoool with in NYC.” He added, “I had the privilege of venturing out on my own at 15 to attend this school, PPAS, and found my crew of artistic misfits whom are some of the most free-spirited, loving, accepting, and creative souls I’ve encountered.”

Samara Manger is known for her work on the Discovery’s reality show, ‘Deadliest Catch.’ She was the production manager of Deadliest Catch season 15. Weil worked from September 2018 to January 2019.

Prior to that, Samara worked as a production and office assistant from 2013 to 2015. She was also a production coordinator for Criminal Confessions on Oxygen and License to Kill.

Additionally, the late Samara worked for the Burbank-based company from May 2016 to September 2017. Further, she served as the production coordinator on Bravo’s The Real Housewives of Orange County in 2018 and Evolution Film and Tape.

Samara Manger Weil Personal Life: Was she married or in a relationship?

Samara rarely made her appearance on the media. She worked behind the scene and managed all the production. Weil was a fun-loving person and used to a lot with his friends and loved ones. However, she never opened up about her relationship on the media.

Going through her Instagram, she loaded her account with lots of photos. We found that she and actor Max Ehrich were good friends. Also, she posted a few pictures with a guy, but his identity is still a mystery. It is unknown whether Samara is married or not. She was in a relationship with a handsome hunk. They have been together for more than five years. However, Samara never shied to flaunt her romance on social media.

Samara Manger Was So Closed With Her Mom

The late TV producer had a great relationship with her mom as her best friend. She often shared a photo of her mother on social media.

She and her mother have curly blonde hair and looked quite similar. She never forgot to wish a Happy Mother’s Day and also shared a snap on Instagram.

How Much Was Samara Net’s Worth?

Samara Manger Weil earned pretty impressive money from her profession. However, Samara’s salary and net worth were both are under review. According to Salary.com, the average Production Manager salary is above $100k in the USA.

Besides, Weil was an amazing writer. Samara bagged her Bachelor of Science in Cinema and Photography from Ithaca College. She studied there from 2009 to 2013. While she was at Ithaca, she focused on screenwriting.

Weil only used Instagram but didn’t have many followers like other celebrities. She created the account in 2012 while she was studying at Ithaca College. She first posted on March 25, 2012, a picture with her friends. Weil lasted posted a photo of herself a day before her death on which she was wearing a white top and printed palazzo and looking behind. She captioned the photo, “No Trespassing.”