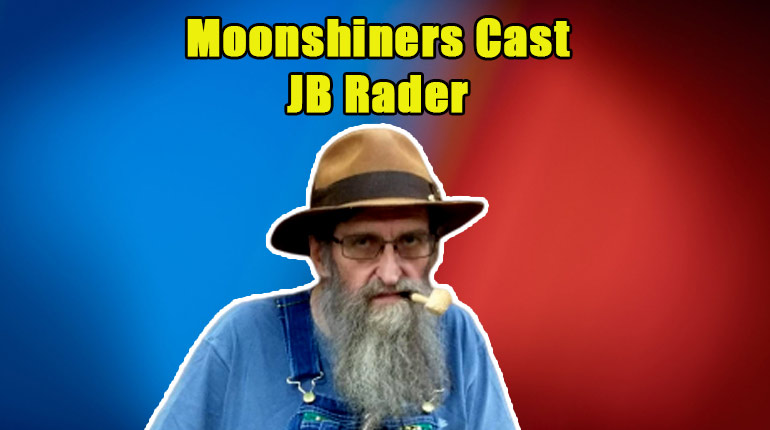 Moonshiners are the people who make alcohol and distribute white lightning. JB Rader is one of the renowned moonshiners. He dedicated his life to preserving the traditional moonshine by implying new brewing techniques. He even once appeared in one of the episodes of Moonshiners and helped Mark and Digger.

Know everything about JB Rader.

JB Rader is a Moonshiner

Jb Rader is a legendary moonshiner and TV personality. He is well known for making moonshine with the world-famous Marvin “Popcorn” Sutton. Popcorn Sutton also appeared on the Discovery Channel’s show, Moonshiners.

JB’s grandfather was also a moonshiner, and now, he is taking his traditional business on another level. JB’s date of birth and place is unknown, but looking at him, he seems like he is in his 70s.

The white beard moonshiner hasn’t opened up much about his early life, parents, siblings, and educational background.

JB Rader Teamed up in Season 8 in an Episode, The Legend of Popcorn Sutton

The Legend of Popcorn Sutton episode in the history of Discovery’s show, Moonshiners franchise. Rader made his appearance in Moonshine Season 8 of episode 15 on March 6, 2019.

Moonshiners Mark and Digger teamed up with old-time moonshiners JB Rader and trying to make alcohol with the old fire technique. In the episode, he shows how he makes moonshine in his days.

Rader and Sutton partner in crime and has worked together in the moonshine business for more than a decade. JB and Popcorn brought moonshine into the mainstream with their new techniques and knowledge. The two use old methods of flavors and liquor varieties that could transform America’s liquor.

People are still keeping the centuries-old tradition to craft whiskey alive. On the other hand, the legendary old-time moonshiners come out of retirement to head back into the hills to make white whiskey. He met Popcorn at the little store where he used to work at.

JB Rader and the late Popcorn Sutton appeared in a few docu-series about making moonshine and how they transport alcoholic beverages. Unfortunately, his friend, Popcorn Sutton, committed suicide by carbon monoxide poisoning on March 16, 2009.

His body was buried at a family graveyard in Mount Sterling, North Carolina. In one of the episodes of Moonshiners, legend JB Rader visited late moonshiners Popcorn’s grave.

JB Rader signed an agreement with NC distillery South Mountain Distilling Company to make a legal moonshine. They collaborated to produce a new line of moonshiners.

He launched a new product of moonshine called Honeycrisp Apple Moonshine. It is made from sour mash moonshine with pure cane sugar.

How Much is JB Rader Net Worth?

JB Rader earns a massive worth by selling the moonshine. He is a professional moonshiner, as well as a bootlegger. Most of his earning are mainly associated with his wages from documentaries and his liquor business.

However, the actual net worth of JB Rader is yet to be known. We are pretty sure his net worth is not less than a million. Some sources claimed that JB Rader has a whopping net worth of $4 million.

On the other hand, Rader makes extra worth from his new liquor, JB’s Honeycrisp Apple Moonshine that worth $29.99 per bottle, and a Good Old Mountain Shine Apple Pie cost $49.

JB Rader Appeared in Popcorn Sutton: A Hell of a Life

Legendary JB Rader appeared in a few documentaries along with his best friend, Popcorn Sutton. In the documentaries, popcorn Sutton: A Hell of a Life, JB and his team take viewers deep in the world of Appalachia, where moonshiners craft of traditional distillation. In the movie, he appeared as a driver.  It was filmed by an Emmy Award-winning filmmaker, Neal Hutcheson.

He also appeared in the documentary of Neal, The Last One, and Discovery’s reality series, Moonshiners, along with Mark and Digger.

Watch the video below.

Who is JB Rader’s Wife?

JB Rader spends most of his life in the forest, making moonshine using the techniques that he was taught. When it comes to his personal life, he remains silent. He only talks about his moonshines and how he got involved in this business.

We couldn’t find the info that related to his relationship status. It seems like he does have someone in the past. We see him most of the time working with his friends and co-stars in the jungle.

How old is JB Rader?

Furthermore, the details of his family, siblings, and early life are still under the radar. Whiling filming the show, he stated that his grandfather was a moonshiner.